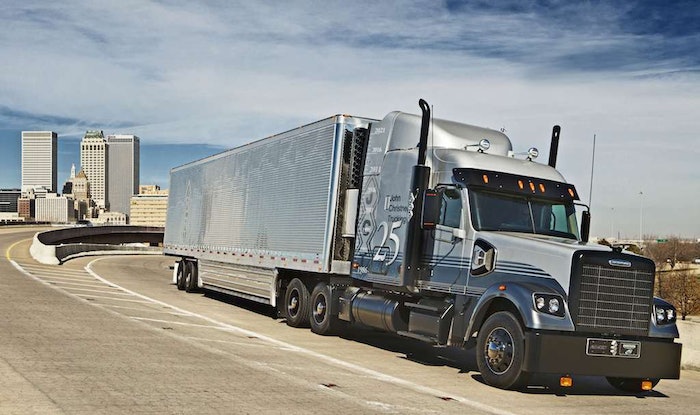 The ATA American Trends 2013 report — issued last week by the American Trucking Associations — showed that 9.4 billion tons of freight were moved by truck in 2012, comprising 68.5 percent of all domestic shipments and accounting for $642.1 billion of gross freight-related revenues, ATA says. Both numbers show growth from 2011.

ATA President and CEO Bill Graves says these numbers underline the importance of trucking to the U.S. economy. “Good data is important to good policymaking,” he says. “And the data in [the report] shows a dynamic, growing industry that is the literal lifeblood of the U.S. economy.

Though freight tonnage showed that 68.5 percent of domestic shipments were made by truck, the $642.1 billion in gross revenue made up 80.7 percent of freight bills, ATA says.

Other highlights in ATA’s report include:

-90.5 percent of trucking companies operate 6 trucks or fewer. Only 2.8 percent of fleets operate more than 20 trucks