UPS: “All In” for natural gas 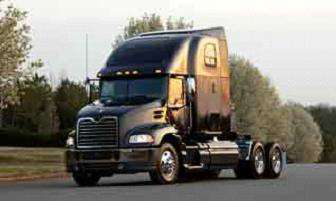 On the heels of a multi-billion dollar investment, UPS has emerged as a leader in putting natural gas on America’s roads.

Abney says his company has invested more than $250 million since 2007 to deploy 2,700 natural gas vehicles around the world.
Since 2000, Abney says UPS drivers have logged more than 300 million miles on its natural gas powered trucks, and those brown trucks aren’t stopping there.

UPS employs a variety of green initiatives in its fleet, including 150 light-weight composite body trucks.

Abney says the company is also experimenting with bio-diesel made from chicken fat in Louisiana.

“We use a rolling laboratory approach,” he says of the company’s practical testing of technology.

In April, UPS announced plans to add to its heavy-duty fleet by purchasing 700 liquid natural gas (LNG) powered tractors. The company already deploys 112 LNG trucks, the majority of which, Abney says, are Kenworth trucks with a Westport 15 liter engine.

The 700 new trucks will also include 122 spark-ignited LNG Mack units.

“The key to justifying it has been miles,” he says.