Four Mexican carriers participating in the Federal Motor Carrier Safety Administration’s cross-border trucking pilot program have been granted permanent U.S. operating authority by the agency, bringing the total of participants in the program with permanent authority to five.

It’s also preparing to publish a notice requesting comment on a new applicant for the program.

To be admitted into the program, carriers must clear a Pre-Authorization Safety Audit, among other tests. During the first 90 days of participation, all drivers and trucks are inspected each time a carrier travels beyond the border zone.

Carriers are eligible to receive permanent status after 18 months in the program if they’ve met certain criteria.

Transportes Olympic has had permanent authority since the program began because of its 18–month participation in the previous pilot program.

The agency published June 26 a notice asking for comment on the latest applicant, Sergio Tristan Maldonado of DBA Tristan Transfer. The carrier’s applying for provisional authority for one truck and two drivers.

PASA results are pending for five additional program applicants, while FMCSA has dismissed another 13 applicants and four others have withdrawn their applications.

The Owner-Operator and Independent Drivers Association and the Teamsters Union each filed for a rehearing of its case against the program after an appeals court in D.C. ruled in favor of FMCSA and the continuation of the program.

The program’s two-year anniversary is in October. 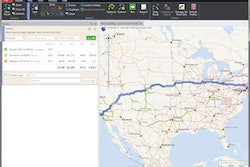 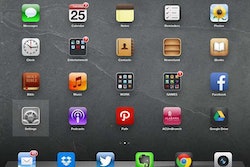