Among several other kinks thrown into scheduling for fleets and drivers by the new hours-of-service rules that went into effect earlier this month is the requirement that a driver’s 34-hour break to restart his or her work week include two periods between 1 a.m. and 5 a.m.

So how much time exactly will that add to a driver’s restart? It could be as much as 17-hours, if a driver times his or her restart poorly.

Posted this week on the Journal of Commerce is an interactive infographic designed to show just that and to show how minor changes to the end of a driver’s workweek can add nearly an entire day to the time a driver must stay sidelined before starting a new 70-hour workweek.

As noted in the JOC article, for drivers to attain a restart that satisfies the minimum 34 hours and only that, a driver would have to end his work week within a 6-hour window between 7 p.m. and 1 a.m. Aiding in the math is a chart that allows drivers to select what time they would go off duty at the end of their week. The chart then shows when a driver would be allowed to resume work and begin his or her next 70-hour week.

For instance, if a driver ended his or her workweek at 3 p.m., he or she would not be able to resume work until 5 a.m. two days later, resulting in a 38-hour restart.

If a driver ended his work week at 2 a.m., however, he also wouldn’t be able to resume work until 5 a.m., resulting in a 51-hour restart period.

Click here to put a schedule into the graph or play with other scenarios.

Displayed below is a PDF from the Journal of Commerce showing how ending a work week too early or too late could cost a driver an additional 17 hours during a restart. It also shows the other scenarios for a restart, and how much time it will cost drivers to end their work week at a certain time. 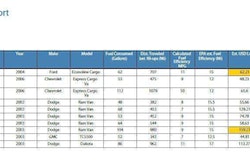 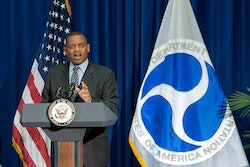