Upgrading the U.S. transportation infrastructure, and paying for it, are in the political spotlight as President Obama and a divided Congress continue to squabble over the best ways to grow the American economy. 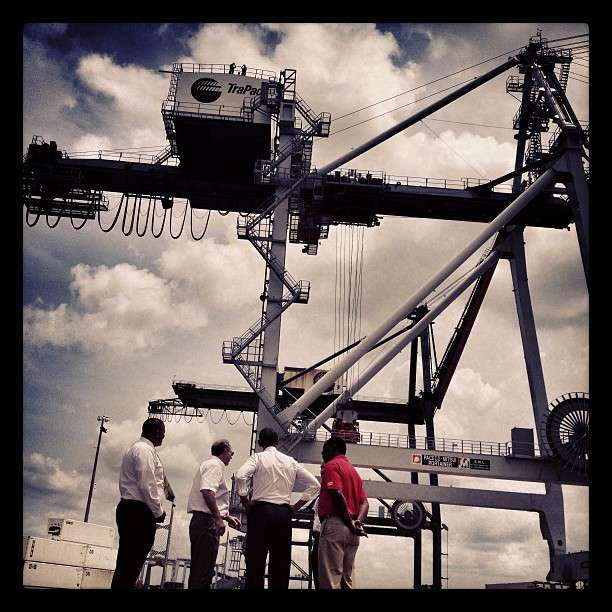 “If you want to create jobs right now, but also jobs that will have impacts for years, here’s the way to do it,” Obama said Thursday, touring a port facility in Jacksonville, Fla. “We know strong infrastructure is a key ingredient to a thriving economy. That’s how the United States became the best place in the world to do business. Unfortunately, over the past two years, too many folks in Washington have been cutting these investments. The world can’t wait for Congress to get its act together.”

The speech was part of Obama’s recently launched campaign-like tour, designed to rally popular support for a renewed focus on the economy.

Republicans criticized the president’s message for being overly broad in its goals and lacking a detailed, fiscally feasible plan.

House Speaker John Boehner called Thursday’s speech “all sizzle and no steak—assuming there’s any sizzle left after you’ve reheated this thing so many times.”

On the House side, the Transportation Committee on July 23 heard that the Highway Trust Fund, the gasoline and diesel tax-based source for funding roads, bridges and transit programs, can no longer sustain funding at current levels. Indeed, since 2008 Congress has had to chip in more than $40 billion from the general fund to make good on federal transportation program commitments to the states.

Because the basic alternatives (significantly increase the fuel tax, greatly reduce highway funding, or a combination of the two) are not popular among members, Congress is looking to develop new “innovative” approaches.

Increased private investment, one such alternative, was the most discussed option in a July 24 hearing of the U.S. Congress Joint Economic Committee.

Also on July 24, recently installed Transportation Secretary Anthony Foxx testified before the Senate Committee on the Environment and Public Works, where he highlighted the Transportation Infrastructure Finance and Innovation Act program (TIFIA), a federal loan program designed to finance state and local projects that otherwise would have been delayed or deferred because of their size and complexity.

In a follow-up to that hearing, Sen. Barbara Boxer, the committee chair, along with Sen. Jay Rockefeller, Commerce Committee chairman and Banking Committee Chairman Tim Johnson, sent a letter to fellow senators urging them to be aware of the looming “crisis” coming with the September 2014 expiration of MAP-21, the current highway bill.

“We’re here sounding a wake-up call,” Boxer said, speaking to press in the EPW hearing room. “I don’t want to wait until, you know, midnight. I want to get ready for this.”

In related business on Capitol Hill, the Senate has been debating its version of the Transportation, Housing and Urban Development (THUD) appropriation, the annual bill that funds DOT. Numerous amendments slowed progress late last week.

The House will begin work on its version Tuesday.