Safety is the responsibility of everyone who touches heavy truck, not simply the one in the driver’s seat, according to an industry panel at the Commercial Vehicle Outlook Conference Wednesday in Dallas, Texas.

“Safety is not only a manufacturer responsibility, it takes a mixture of technology and training,” says Tim Lafon, Director of Regulatory Affairs for Volvo Trucks.

Volvo is among the world leaders in safety, and made stability controls standard in 2005. The government has since latched on and is looking at regulating use of the equipment.

Volvo’s Enhanced Cruise System has been an option since 2010, which includes stationary object detection, right side blind spot detection and active braking.

Volvo Adaptive Cruise self-adjusts to the flow of traffic and modifies itself to maintain traffic flow and safe distances between the truck and the cars ahead. And tire pressure monitoring has been a Volvo option since 2007.

While the company places a lot of emphasis on technology in safety innovations, they also believe strongly in time-tested fundamentals.

Volvo was the first truck maker to make the three-point seatbelt standard on heavy trucks. The company also has introduced a driver’s side airbag and a high-strength steel cab with an energy absorbing design.

Studies have shown there are 1.2 million traffic fatalities a year, and Scott Burkhart, Vice President and General Manager of Bendix Electronics, says on-highway large truck crashes are a $76 billion problem annually.
Even considering those statistics, Burkhart says safety technologies are slow to hit the market.

The take rate on Bendix’s electronic stability systems are 28 percent. The rate for its Collision Mitigation System is lower still at 8 percent.

Reggie Dupre, CEO Dupre Logistics, says technological innovations and standards are great. But the biggest innovations can be in simply putting the right people in the truck, and helping them to get better.
Dupre’s safety strategies include selecting the right drivers for the company’s operating rules, and fairly paying for their skill set.

“We pay by the hour, and we pay overtime,” he says.

The company takes care to not overwork drivers by being keenly aware of how much a body can feasibly handle.

“Our scheduling comes from knowledge of fatigue,” he says. “Our understanding of body physiology was key in getting our safety numbers right.”

And all the safety measure in the world won’t do much unless you communicate the results to the people behind the wheel, Dupre adds.

“You have to be able to communicate where people rank, how they’re doing and how they can get better,” he says.

Being proactive in safety is the only way fleets can reliably drag down their CSA score, Rebecca Brewster, ATRI, says.

But relying on government regulations simply won’t cut it.

“Companies whose drivers are involved in spec’ing their trucks have better success with safety,” she says. 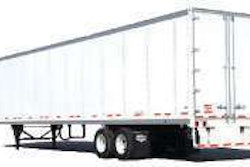 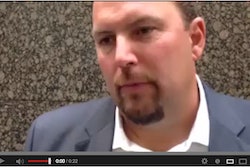 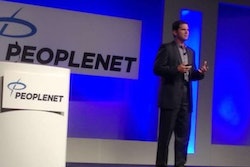 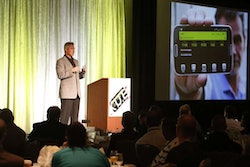 XRS Corp. aligns with the ‘Nexus of Forces’ in technology