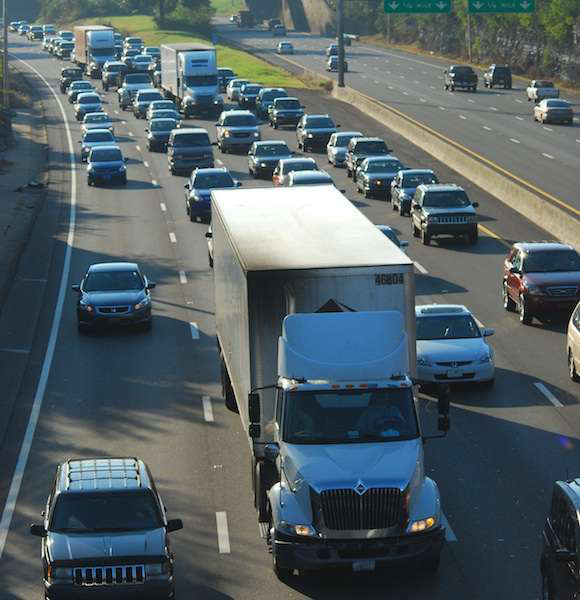 Traffic congestion in the United States rose by more than 7 percent year over year in July 2013, highlighting the U.S. economy’s improvement since July 2012’s plunge of 26 percent, according to INRIX Gridlock Index data.

National levels of traffic congestion increased by 7.4 percent from July 2012 to July 2013, and the average trip took drivers in the 100 most populated metro areas more than 6 percent longer due to increased traffic.

• Midwest: greatest rise in traffic congestion as 72 percent of its most populated metro areas saw year-over-year traffic increases in July.

• Northeast: increase in traffic congestion in 58 percent of its most populated metro areas. Philadelphia’s 20 percent year-over-year increase aligns with recent news of increased manufacturing activity in the area.

• West: increase for 52 percent and decrease for 48 percent of the most populated areas for July year-over-year traffic growth. The San Francisco metro area’s increase of 35 percent was due in part to a short-lived transit strike in July, most of it was likely caused by the strength of the region’s ongoing boom which is also reflected in record real estate prices.