What Trimble brings to trucking

In August, 2011, Sunnyvale, Calif.-based Trimble began a quick ascent to becoming the largest technology provider in the trucking industry. The climb started with an acquisition of a mobile computing and communications company in PeopleNet and its subsidiary, Vusion.

In August, 2012, the climb continued with buying TMW Systems for $335 million followed by ALK Technologies in January, 2013, for an undisclosed amount. TMW Systems had already made a number of acquisitions before joining Trimble. TMW, an enterprise transportation software developer, bought five companies starting in 2006 with rival software company Maddocks Systems. TMW funded the deals through private equity investors.

In three years, Trimble, a publicly-traded company with 2012 revenues of $2 billion, assembled a complementary suite of mobile, enterprise and analytics technology for transportation in addition to offering a global suite of mapping, tracking and surveying equipment.

Ron Konezny, PeopleNet’s founder and chief executive officer, has guided Trimble’s ascent since 2011 as the general manager of its worldwide Transportation and Logistics (T&L) Division. Trimble created the division when it acquired PeopleNet.

Behind the scenes, the companies in Trimble’s new T&L Division have taken time to get acclimated to being part of a publicly-held corporation, Konezny told CCJ at TMW’s TransForum user conference in Anaheim, Calif., on Sept. 24.

Previously the companies operated with backing from private equity. The CEOs of PeopleNet, TMW Systems and ALK had to submit an annual plan to the investors and report on their progress throughout the year. The budgeting and accounting practices have since changed dramatically.

“Now, every month if we want to hire someone, you have to have the (Trimble) CEO’s approval. You have to go and get physical signatures to hire somebody,” he said. “They are not used to doing that process.”

Belonging to a publicly-held company has added a layer of bureaucracy, but now that the acclimation period is over, Konezny expects the benefits will accelerate. One of the first items on the agenda is to simplify the interface for customers using combined properties in Trimble’s T&L.

“(Fleets) don’t necessarily want a PeopleNet rep, a TMW rep, an ALK rep and a Vusion rep. They want one interface.”

Trimble is also beginning to invest heavily in developing more integration links between its properties.

“Each business unit is so busy hitting their objectives that it is very difficult for them to invest time and resources across business units,” he said. To solve that challenge, Konezny recently appointed Glynn Spangenberg, a former senior executive at PeopleNet, as the first leader within Trimble’s T&L who will focus on developing new integrated products and services.

“There are synergies we haven’t had a chance to unlock,” Konezny said. Improved fuel and route optimization is one example. The products in Trimble’s portfolio already have real-time data on where vehicles are, where they are going to be, and where they should be purchasing fuel.

“It would be pretty easy for us to get much more granular in helping people optimize their fuel decisions,” he said. For example, warning systems could alert managers as well as drivers in the truck if they depart from an optimal fuel plan.

Another opportunity is to create a closed-loop process for bidding and routing freight. Fleets typically use ALK’s PC Miler to determine their mileage and costs for bidding lanes. The lanes they are rewarded with are put into TMW for dispatch and billing. What fleets lack is a closed-loop process to compare their freight bids to their execution to uncover ways to improve the planning process.

In developing these and other projects internally, Trimble has to strike a delicate balance. It must keep its doors open for business with competitors that offer mobile communications and dispatch software systems.

“Our competitors are now our partners,” he said.

Outside of the United States and Canada, the opportunities to market the “Trimble T&L” brand don’t have the same competitive roadblocks. The opportunities are especially strong in Brazil to sell products from the T&L portfolio as an integrated solution. Konezny says he currently spends more than 50 percent of his time on international markets.

Making the transition from private equity to a publicly traded corporation has been challenging, but being a part of Trimble has given PeopleNet, Vusion, TMW Systems and ALK an opportunity to extend their technologies across the globe. 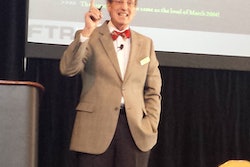 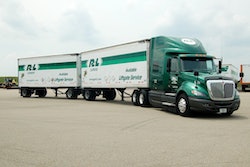