The 8th Circuit Court of Appeals has given the EEOC until Nov. 12 to file a brief contesting a federal district court’s judgment to compensate the Iowa truckload carrier for attorney fees, out-of-pocket expenses and taxable costs. On Oct. 1, the agency filed a notice of appeal over what has been described as one of the largest sanctions in EEOC history.

Chief Judge Linda Reade of the U.S. District Court of the Northern District of Iowa had issued the Aug. 1 award after concluding agency was unable to prove the company demonstrated a pattern tolerating sexual harassment.

In 2007, the EEOC filed in district court against the carrier after alleging 270 women were sexually harassed in its new driver training program and subject to a hostile work environment. The court dismissed 203 claims, then rejected the remaining claims after ruling the agency failed to show reasonable cause and a good faith offer to conciliate claims.

The EEOC then appealed 107 of the claims, but the 8th circuit affirmed the lower court’s ruling on all but two individual claims. Later, the EEOC withdrew its claim on behalf of one plaintiff and the other case was settled for $50,000. 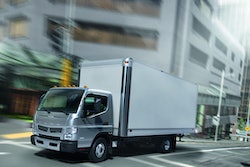 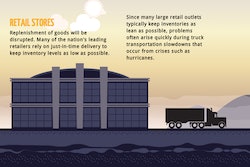