A bill has been introduced in the House that would reinstate the hours-of-service rules in effect prior to July 1, 2013, by delaying the current rules until a Congressional investigation on the current hours rule is conducted.

Rep. Richard Hanna (R-N.Y.), Rep. Tom Rice ( R-S.C.) and Rep Mike Michaud (D-Maine) introduced the bill Thursday, Oct. 31. The True Understanding of the Economy and Safety Act (TRUE Safety Act), as it’s dubbed, would allow truck drivers to revert back to obeying the 34-hour restart rules that were in place prior to July 1 — the ones made final by the April 28, 2003, final rule.

The six-page bill would also require the Government Accountability Office to conduct an independent assessment of the methodology that the Federal Motor Carrier Safety Administration used to create the 34-hour restart rules.

Per the bill, FMCSA would also not allow the new 34-hour restart rule to be re-implemented until six months after the GAO submitted its report to Congress.

Hanna said the TRUE bill would allow assessment of the regulations “to ensure the rule makes sense and will not actually harm the traveling public and the American economy.”

“It is wrongheaded for the federal government to impose an arbitrary and capricious regulation that impacts almost every sector of the American economy without first finishing a study on its effectiveness,” Hanna said. “Federal agencies should have an obligation to prove that new rules and regulations do not cause more harm than good – in terms of both safety and costs.”

Rice said the bill will “rein in FMCSA,” which he says has “abused its authority.”

“[FMCSA] is requiring truckers to comply with one of the most stringent parts of its regulation prior to receiving their study’s findings,” he said, adding that the bill would “require an additional study to ensure that our truckers are not being over-regulated.”

Hanna tried in July to attach an amendment to a larger House transportation that would have delayed the July 1 hours rule, but the bill was pulled before Congress’ August recess.

In August, House members, including Hanna, Rice and Michaud, sent a letter to Secretary of Transportation Anthony Foxx and House colleagues saying FMCSA would once again miss its deadline to complete a report on the results of the hours-of-service study required by the current MAP-21 highway funding act.

In a statement about the letter, Hanna signaled he intended to involve Congress in the hours rule to “bring relief to our nation’s truckers, small businesses and consumers — and restore some commonsense to this flawed regulatory process.” Foxx responded to the letter backing the rules and the studies and processes that went into crafting them.

The hours-of-service rules were tested in court by the American Trucking Associations, who had sued FMCSA in an attempt to undo the hours rule. The Aug. 2 ruling upheld the entirety of the rules, save the mandatory 30-minute break for short-haul drivers.

More information, including responses from the ATA and other trucking groups, will be posted when it becomes available. 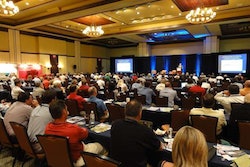