One late evening last month, I was behind the wheel of a new 2014 Freightliner Cascadia daycab tractor on a dark, twisting two-lane Alabama highway to see if Truck Lite’s new Custom LED headlamps indeed were the wave of the future for North American trucks.

Truck Lite is owned by Penske, so it was no surprise that when I requested a demo truck to evaluate these new LED headlamps, my Cascadia was painted in that familiar shade of Penske yellow. It also was no surprise that the demo truck was a Freightliner: Daimler Trucks North America announced in July that Truck Lite Custom LED headlamps would be offered as standard equipment on all Cascadia and Cascadia Evolution models.

A final point, Van Riper says, is that LED lights maintain their initial luminosity levels throughout their lifespan. Conventional headlamps eventually fade – usually so slowly over time that drivers never notice until replacement lamps are installed. But LED lights remain almost as bright at the end of their service lives as they were at the beginning.

On the road, my first impression was the color of the light emitted by the LED lamps. It’s a natural white light, lacking the yellowish hues you see with conventional lamps. I found it easy on the eyes.

Another readily noticeable trait was the wide coverage area. Many headlights tend to focus narrow beams of light that reveal little peripheral detail; the light is focused tightly on the road and objects immediately in front of the vehicle. However, the Custom LED lamps give greatly enhanced side views; I could see deer standing roadside as opposed to seeing only bobbing yellow eyes floating in the dark.

Also striking is the greater range the Custom LEDs offer on the low-beam setting. Forward visibility is so enhanced on low beams that you easily can see reflective signs up to a half-mile away. Interestingly, the visibility “jump” from low to high beams is not as dramatic as with conventional headlamps: I wondered if oncoming traffic would find my low beams too intense, but only once did an oncoming car “flash” me with its high beams.

Another nice benefit is that my eyes didn’t feel as strained as they normally would during a night drive on such a dark road. Since the enhanced blue and white light pattern approximates natural light conditions more closely, your eyes don’t have to work as hard to pick out details on the road, which can help reduce driver stress levels.

As I reported these impressions to Van Riper, he told me Truck Lite conducted extensive research with the University of Michigan Transportation Research Institute to develop a light wavelength that’s more conducive to producing daytime levels of melatonin in the body, thereby reducing fatigue. The result, Van Riper says, is a more alert driver while on duty who is less fatigued after a shift.

Freightliner’s move to standardize Custom LED lamps on Cascadia model trucks is a sure indicator this technology has arrived. My impressions of the new lamps all were positive: Crisp, white light that is easy on the eyes, offers longer and wider fields of view and doesn’t irritate oncoming traffic is a hard combination to beat. 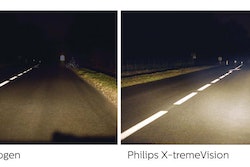 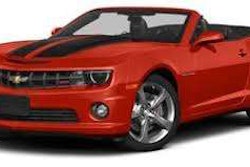