Have fleets moved past being skeptical of add-on devices aimed at increasing aerodynamics and fuel economy?

Mitch Greenberg, chief commercial officer for SmartTruck Systems, says they have, and equipment managers and fleet owners, instead of doubting or shrugging off add-ons, are trying to find devices that work best for their operation, he says.

SmartTruck, at its core a research company formed in 2009, brought to market in 2011 its undertray system for reefer and dry van trailers —systems the company says yield more than 6 percent gains in fuel economy, both in track and real-world tests.

SmartTruck held a gathering of trucking industry press at its Greenville, S.C., headquarters this week to see its facility and check out the proving grounds where it gathers the information needed to develop and refine its products.

It also flexed its data-collecting muscle, showing off the vast amount of data it records and uses to test its products and detailing the years of rigorous research that went into designing, building and certifying its undertray systems.

Greenberg says the undertray systems are completely contained within the already existing footprint of the trailer — a unique quality among trailer aero add-on devices. “This will result in a more durable, much more long-lasting product,” he said, allowing the undertray to last several trailer cycles and allow fleets to take it off an older trailer and put it on a new one.

The CFD testing — a staple in the aviation industry, Henderson said — allowed the company to determine where the most drag occurred on a truck and trailer. The CFD testing pointed them to the mitigating the large pocket of low-pressure air directly behind the trailer as key to helping boost tractor-trailer aerodynamics and, subsequently, fuel economy.

The drag essentially creates a vacuum, sucking the truck back and causing the engine to make up for it, Greenberg says.

SmartTruck’s engineers used what they learned in CFD testing to develop the idea behind the undertray system, which is to basically deflect air down and out from under the trailer and to inject high energy air where there’s low energy air, such as the trailer’s wake.

Next, SmartTruck used what Henderson called “the gold standard” in automotive aerodynamic testing — the coast down test — to test its product. The company has conducted more than 550 coast down tests at the Laurens Proving Grounds alone, in addition to weeks of testing at a 9-mile track in Pecos, Texas, and two weeks at Kennedy Space Center in Orlando.

The coast down test allows the company’s engineers to isolate the effects of drag caused by things like drivetrain and tires and to account for it at higher speed tests, where aerodynamic drag is greatest.

Lastly, to have the systems certified as fuel efficiency enhancing by EPA and stamped compliant for California Air Resources Board standards, it had to perform SAE testing. However, SAE testing is mostly outdated, Henderson said, though required by EPA. It will be replaced sometime next year with CFD testing, he said.

Henderson, whose background is in engineering in the aviation industry, said researching truck aerodynamics presented a unique opportunity, as there’s plenty of low-hanging fruit to tackle.

What’s more, the company wasn’t necessarily founded on the premise of simply crafting aero add-ons, Henderson said. He and co-founder Mike Wulff, an aero engineer with a background in race cars, and Greenberg founded the company with a simple idea: “Perform high-end research on truck and trailer aerodynamics,” Henderson said, as it seemed there was a need for it — and an overall general interest from their group of aero engineers.

SmartTruck offers three basic tiers of undertray systems: The UT1, the UT6 and the UT6-Plus.

The UT1 package consists of two components: the undertray and a roof fairing.

The UT6 is the undertray, roof fairing and a rear air deflector. The UT6-Plus includes everything in the UT6 package but also includes two side fairings on the rear of the trailer.

Greenberg says the company many times will get calls from customers within the first 100 miles of installation, after a driver has reported better trailer handling or the trailer pulling straighter.

Though fleets obviously stand to see the biggest gains from use of undertray systems, its harder for large fleets to implement tests to determine whether the products are making a difference, Greenberg said as there are too many variables to account for due to lack of dedicated runs, drivers and trailers.

Owner-operators and very small fleets generally have a distinct advantage in terms of being able to key on in benefits, because they often have dedicated loads with dedicated trailers and drivers dedicated to those runs.

Greenberg said the company can however work with fleets to implement testing strategies. 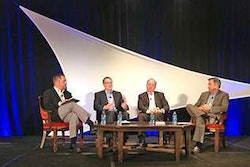 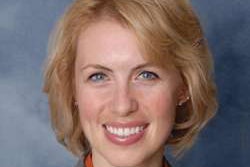 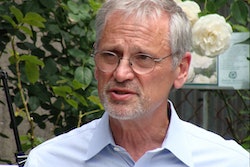