The extension comes per a request by the Advocates for Highway and Auto Safety group, which generally fights for more restrictive hours of service rules and stricter enforcement on the trucking as a whole. According to a public comment uploaded by the group, it had originally asked for a 30-day extension, as the agency held its webinar detailing the changes on Nov. 22, effectively limiting the comment period, Advocates wrote.

The agency unveiled the new site in early November, and the agency was seeking comment from industry stakeholders, like fleets, and the general public.

The site changes were are intended to make the site easier for motor carriers to use and understand how they can improve their scores and easier for the public or those who work with trucking companies to interpret the scores.

Some key changes include moving carriers’ Behavioral Analysis and Safety Improvement Category rankings from a carrier’s front summary to deeper within its profile and and reordering the display of BASICs to highlight those — like Unsafe Driving and Hours of Service Compliance — that actually correlate with crash risk.

Click here to see CCJ‘s November coverage of the site changes, which includes all of the changes being made to the site.

So far, the entry has 15 comments.

One commenter, Alan Caviness, says the site changes still don’t address one of the key concerns the trucking industry has with CSA — the public nature of the scores and how scores can be used against motor carriers. “Shippers and consignees rejecting a carrier based upon information they see on the CSA score is wrong. What is FMCSA going to do about it? Posting a disclaimer isn’t fixing it,” he wrote.

Another commenter, who wrote anonymously, said the color scheme on the proposed changes makes it confusing as to whether a carrier’s score is simply being displayed or whether there’s a score alert:

“The yellow or goldenrod color of the “ALERT” placard is [too] similar to the color of the BASIC Icon where a carrier may have a very good score. There is not enough contrast or differentiation between a BASIC with an “ALERT” and a good BASIC. The BASIC ICON should be portrayed in a light green color across the board and if an “ALERT” exists that icon should be displayed in the current color over the BASIC.”

Commenter Keith Menard, took general issue with CSA and one of the other main flaws the industry says it has — enforcement disparity from state to state and enforcement officers being able to not only issue but adjudicate, leading to a lack of due process with violation data used in the scoring:

“There is no other government oversight program that allows the police to be both the people who issue a citation as well as the people you appeal to if you feel the citation is unjustified. Enforcement and appeals differ from state to state, and despite the lack of uniformity or proper appeals process, the information is being made public. This public information is then used by clients in choosing who they use.”

Commenter Michael Horak wrote briefly that certain log violations should not be included in a carrier’s CSA scores: “General log form and manner errors should not be part of a safety basic. It gives a false indication of actual safety issues.”

Click here to see more comments or add one of your own. 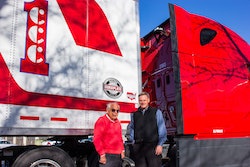 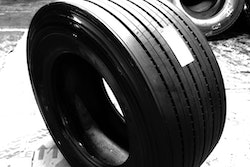