American economic competitiveness and jobs are at stake if Congress can’t come up with a plan to maintain and improve the nations roads and bridges, representatives of big business and big labor told a Senate committee Wednesday. And the most obvious solution is to include an increase in the gas and diesel tax in a robust, long-term highway bill. 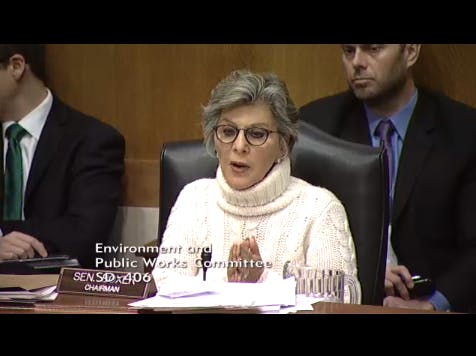 More than one senator on the Environment and Public Works Committee noted the “strange bedfellows” testifying, with U.S. Chamber of Commerce President Thomas Donohue and AFL-CIO President Richard Trumka both emphasizing the importance of saving the Highway Trust Fund from imminent collapse.

Despite assumptions that the political climate in Washington will make reauthorization “a difficult fight,” Donohue told the committee members tackling the new highway bill, “it doesn’t have to be.”

“There is a broad consensus on a number of fundamental principles,” he said, calling the transportation system “a critical national asset” that drives mobility and trade – and one that is running out of money. “When you look at the big picture, the simplest, most effective way to generate enough revenue is by increasing federal gasoline and diesel taxes.”

He argued that a moderate increase, phased in over time, preserves the “user pays” principle and will be politically acceptable. Contrary to recent comments by House Transportation Committee Chairman Bill Shuster, who speculated that a fuel tax increase would not pass, Donohue pointed out that six states have recently increased fuel taxes, and that the governors of those states were split evenly between Republicans and Democrats.

“Let’s start by having some courage, and showing some leadership,” Donohue said. “For once, let’s do what’s right not what’s politically expedient.”

He emphasized the importance of educating the voting public so that they’ll understand how tax dollars are being spent, and said that business, including the trucking industry, is “absolutely committed” to supporting the tax increase.

The AFL-CIO’s Trumka likewise called for a long-term program, and noted that just the U.S. construction sector is down 1.6 million jobs from pre-recession levels.

“Reauthorization of the surface transportation bill is the most important jobs legislation that Congress considers. These investments not only create well-paying jobs but spur economic growth, ensure our country’s long-term economic global competitiveness and improve the quality of life of our citizens.”

Taking aim at lawmakers focused on government austerity, Trumka added that “not fixing a leaky roof won’t save you any money.”

“Delaying infrastructure investments will cost us more in the long run, not less,” he said. “The facts have been studied, reported and discussed to death. The highway trust fund is at a crossroads. Failure to act will mean the transportation system will decay further. To be blunt, we can’t bury our heads in the sand.”

And while Trumka emphasized that construction and transit workers “will be left on the bench” without reauthorization, Pete Ruane, president of the American Road and Transportation Builders Association, cited the impact on trucking.

“One number alone provides ample evidence of the value of the federal surface transportation program,” Ruane said. And that number is the $11 trillion  worth of freight trucks carry every year, with three-quarters of the truck travel coming on federal highways. “Without the federal investment in these roads, we put trucking mobility and productivity at risk.”

Echoing Dononue, Ruane emphasized the need to better explain to the public how fuel tax dollars are invested.

“We believe the public would be impressed and would widely support this federal program if they knew the full story,” he said.

Donohue, a former head of the American Trucking Associations, and Trumka had initially appeared before the committee three years ago, during work on the legislation that became MAP-21, the current surface transportation authorization.

And while the innovations included in MAP-21 drew praise, the panel and senators agreed that a five- to six-year plan – rather than MAP-21’s two years – is needed to ensure stability and facilitate major transportation projects.

Sen. Barbara Boxer, the committee chair, said she hoped to have the bill ready in April. Her committee, however, does not control the purse-strings, and funding decisions will have to come from the Senate Finance Committee. Boxer encouraged the panelists to each call on its chairman, Sen. Ron Wyden, and ranking member, Sen. Orrin Hatch, to convey the importance of the transportation reauthorization.

The panel promised to do so, unanimously. 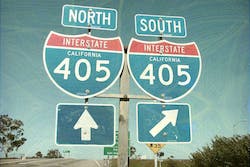 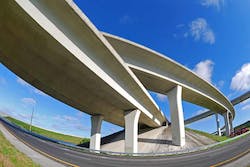