A good buddy of mine hit a run of exceptionally bad luck a few years ago. He lost most of his immediate family to untimely deaths. His wife left him. He got depressed. His focus on his job faltered. He got laid off. He lost his house in the financial crash.

Life throws curveballs at you all the time. But this was a hell of a lot to deal with by any reasonable standard.

To be fair, he compounded this run of bad luck with a slate of poor decision-making – some of which was breath-taking. Taken as a whole, it was a toxic mix that has him today living in our hunting cabin way down in the country.

The good news is that after being checked out for far too long, he’s decided that it’s finally time to get his life back on track.

The bad news is he doesn’t have a plan.

It’s pretty much the same story with my sister’s boy, who finished high school last fall. The kid has no idea what he wants to do and a father who is running out of patience waiting for him to do something. Anything. Please.

Best I can tell, his latest career choice hinges largely on the last TV show he watched.

Once again: No plan.

Having a plan in place is crucial for success in life these days – and it doesn’t matter if you’re in school, a truck driver, a fleet owner or a technician. You – and your business – have to have a plan in place if you want to continue to grow both as a person and a business.

Sometimes things pop up as you go through life. And you can – and should – take advantage of any opportunity you can when it does.  But hanging around waiting for something to happen ain’t a plan.

Coming up with a good plan doesn’t mean you have to be like General Eisenhower planning D Day or Stalin putting a Five Year Plan together. Simply put, a plan is identifying a desirable goal and then figuring out a sequence of steps to reach it and a timetable for making it all happen.

And those basic steps work for a remarkably wide range of goals on both personal and professional levels: paying down credit cards, getting a raise, adding five trucks to a small fleet, figuring out how to find or retain drivers or getting set up to acquire a competitor.

There are caveats, of course. You need to communicate your plan to everyone involved and make sure they understand why and how you’re going to meet the goal. Additionally, you’ve got to actually stick to your plan, once it’s been agreed on. But that doesn’t mean be so inflexible that you’re not willing to tweak the plan or makes changes if it’s not working the way it was supposed to or if external factors have changed. And it’s a good idea to make sure there’s something for everybody once the goal has been reached; If all your managers will get a big bonus once the plan is complete, and all the worker bees will get a hearty pat on the back and a big “Thank You!”, then don’t be surprised when your employees don’t make your plan their priority. 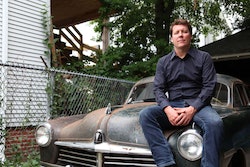