In a project — and a 1949 Hudson — aptly dubbed “Dire States”, fifth-generation road builder Dan McNichol piloted his rusty antique on a cross-country trip in an attempt to draw attention to the country’s ailing roads and try to bolster support for channeling more federal funds to rebuilding U.S. highways.

CCJ sister site Equipment World Editor Tom Jackson met with McNichol at CCJ headquarters in Tuscaloosa, Ala., to talk with him about the project, video from which is embedded above.

As Jackson points out in his post on his meeting with McNichol, the 65-year-old Hudson symbolizes the “dire state” of U.S. transportation infrastructure — able to function, but just barely. The car’s is age also of importance, as much of the country’s roadways are now nearing retirement age, an oft-cited point by Secretary of Transportation Anthony Foxx, who points out regularly that more than 100,000 bridges in the country are old enough to draw Medicare.

Case Construction Equipment sponsored McNichol’s trip, and he stopped to see DOT officials, contractors and engineers along the way to gather commentary on the lack of infrastructure funding in the U.S. Watch the video above to learn more about the trip. McNichol will also be on hand at ConExpo next week. 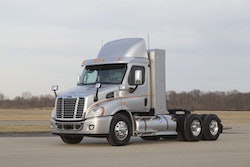 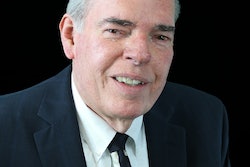