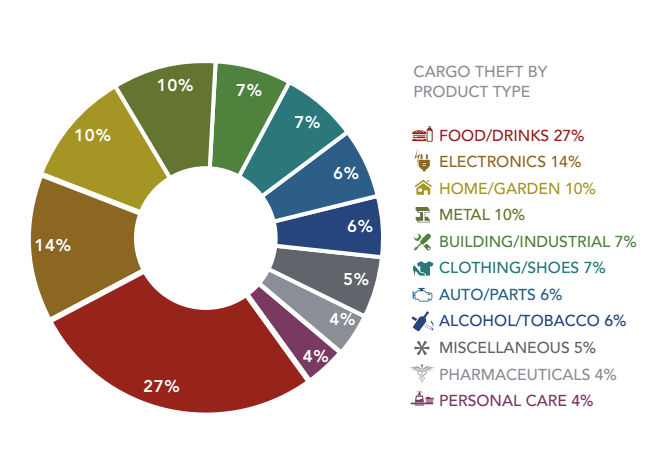 The number of cargo thefts recorded in 2013 tied 2012’s all-time high of 951, according to an annual report released by FreightWatch International this week, who also said in the report that better organization and innovation by thieves continues to push the threat of cargo theft higher.

An average of 79.25 cargo thefts occurred each month in the U.S. — 2.6 per day. of the 951 total thefts in 2013, 692 were full-truckload or container thefts, FreightWatch reported, and 65 were less-than-truckload thefts.

Food loads generally have lower security, FreightWatch says, which accounts for some of the uptick, as thieves target the easier-to-nab food/drink loads rather than the harder to obtain electronics loads. 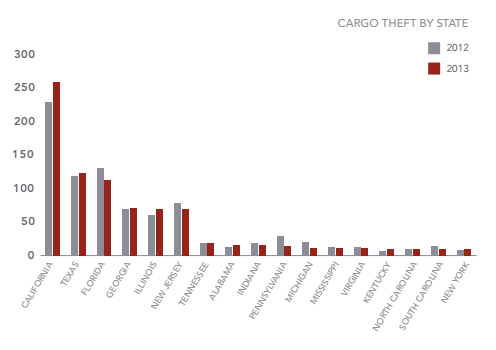 Food/drink loads in the year accounted for 27 percent of all thefts, followed by electronics loads at 14 percent and home/garden and metal loads at 10 percent each.

Of stolen electronics loads, televisions and projects were the most targeted, making up 35 percent of stolen loads. Mixed and miscellaneous loads accounted for 17 percent, a desktop computers accounted for 11 percent. Loads of cell phones and accessories were 7 percent.

Cargo theft activity hit highs in June and September of last year, but the last quarter of the year was, per trend, the most concentrated of the year.

Nearly half of the thefts occurred on Fridays and Saturdays.