The U.S. Department of Transportation has updated the “ticker” that displays the balance in the Highway Trust Fund, and it now projects the account will run out of money Aug. 31.

Responding to the update, Sen. Patty Murray, the Senate budget committee chair, called on Congress to address “the looming crisis” in the Highway Trust Fund.

“Today’s update from the Department of Transportation should be a wake-up call to Congress. The Highway Trust Fund is heading toward an avoidable crisis as early as July, and if we don’t act, could lead to a construction shutdown on our nation’s roads and bridges,” Murray said in statement. “Every day that Congress waits to address this looming crisis, states will be forced to make difficult planning decisions, as many already have, to delay projects that improve roads and bridges in their communities.”

Murray expressed hope that Democrats and Republicans can act on bipartisan proposals that would use corporate revenue to shore up the trust fund.

“Unfortunately, the House Republican budget would take us in the opposite direction,” she said. “Instead of solving this crisis fairly and responsibly, it would shut down new construction financed out of the Highway Trust Fund for all of fiscal year 2015, which would hurt workers, our economy, and states across the country.”

The Highway Account began the 2014 fiscal year with approximately $1.6 billion in cash, DOT notes. A $9.7 billion transfer from the General Fund was processed shortly after the start of the fiscal year.

But the surface transportation program continues to outlay at a greater pace than receipts are coming in. As a result, the cash balance has dropped by nearly $3.5 billion since the transfer.  As of March 28, the cash balance was $8.4 billion. 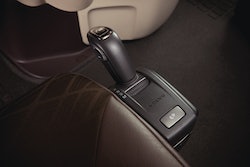