After penning my last blog on electronic logging devices, which you can read HERE, I was invited to appear on the RoadDog Trucking News program on Sirius Channel 128, where host Mark Willis and I discussed the likelihood of an eventual e-Log mandate and related issues.

I always enjoy going on the air with Mark: RoadDog Trucking News is a fine show and he does a great job zeroing in on topics and news that matter to drivers.

Moreover, going on the show gives me an opportunity to talk directly with drivers, who never fail to impress me with their grasp of industry issues and the challenges they face out on the highway every day.

Prior to going on the air, I remarked to a friend that I was probably going to get blasted for my e-log piece. But while there was (predicable) opposition to e-logs from some drivers, the breakdown was not nearly as one-sided as I anticipated. And interestingly, the feedback from drivers who were already using e-logs was overwhelmingly positive. In fact, not a single pro-e-Log caller that day had anything negative at all to say about the devices.

While that was encouraging, I felt that the drivers opposed to e-logs made some good points as well. To my mind, the most important one was the issue of “flexibility.”

In short, drivers were concerned that e-logs will somehow remove their ability to adapt to road conditions, traffic, weather and untold other factors day-to-day. The most common scenario given was running out of time: Being within striking distance of getting home, seeing the family, having a home-cooked meal and climbing into your own bed – but being denied those well-earned privileges because an electronic box has logged you as being “out of hours.”

I think this is a valid point and one that clearly extends beyond e-logs and into the on-going hours of service debate. In fact, since the hours of service set the stage and an e-log is merely the device that tracks compliance with those time parameters, one could make a strong argument that driver resistance to an e-log mandate would ease considerably if some common-sense provisions were amended to the current hours of service rules.

For one thing, the issue of flexibility has to be addressed in a meaningful and fair way. If a driver is so many miles or minutes away from delivering a load or getting home, then there needs to be a common sense allowance —  some “padding,” if you will – to allow them to do so.

This industry is already walking a driver shortage tightrope. And nothing is going to push drivers out of it quicker than a rule that has them stopping, shutting down and sitting for 8 to 10 hours when they’re only 100 miles away from home.

This is an issue that can be easily resolved with negotiation – although I’d caution drivers beforehand that their notion of “close,” the public’s notion of “close” are probably pretty fair apart. That said, I think the industry should settle on a time/mileage frame that seems reasonable to both the government and the industry (2 hours or 120 miles seems fair) and work toward giving drivers some of the flexibility they’re so concerned about back. Doing so would be good for both the industry and the country.

Agency releases rule that would prohibit carriers, others from coercing drivers 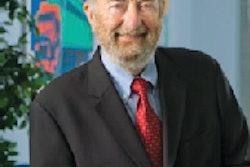