Driver turnover reached crisis levels for John Christner Trucking after it started using electronic logs in December, 2011. When the implementation began the company had 800 trucks. By April, 2012, the software was running on all of its trucks–all 700 of them, that is. The majority of the 100 drivers who quit were independent operators; the remainder came from its leased operator program.

John Christner Trucking specializes in temperature-controlled truckload services. Its fleet is comprised entirely of owner-operators. The reason drivers quit was obvious. Their earnings had fallen along with the company’s productivity. Miles per truck decreased by nine percent in five months.

“We knew we would need some help,” said Quek Song, vice president of information technology.

Song and other executives focused on the load planning process when the impact of electronic logs came into full view. Drivers were no longer using paper logbooks to cover up inefficiencies in their routes, such as detention time at shipping and receiving locations. It was difficult, if not impossible, for load planners to wrap their heads around everything it would take to stay compliant, keep drivers happy, and customer service levels high.

“We had a culture of using manual processes. Everything we did was manual,” said Jim Gomez, Jr., vice president of operational compliance for the Sapulpa, Okla.-based carrier. “In the e-log world, efficiencies are what they are. We needed technology to help us to improve on the inefficiencies that are out of our control and those that obviously we had direct control over.”

“We needed a tool to help us plan,” he added.

Concurrent with the roll out of electronic logs the company started using the Virtual Hours of Service software from Add-On Systems. The tool utilizes its dispatch and real-time tracking data to monitor drive time and project the number of hours drivers will have available over the next two to three days.

Load planners no longer had to be the experts in hours-of-service regulations to determine when and where drivers would be available for the next dispatch and how many hours they would have remaining on their daily and weekly clocks.

In May, 2012, the company also implemented an optimized load planning tool, Driver&Load, from Manhattan Associates.

“This really focused us on how we thought about things,” Gomez said. “All of a sudden we were giving (load planners) a tool to be able to use to take away some of that manual process.”

The tool matches the loads in its network with available equipment and drivers. The software instantly analyzes a large dataset of load origins and destinations, transit times, empty miles, available driving hours and much more.

The planning process started to change and by August, 2012, the company was fully utilizing recommendations from Driver&Load. It also began using additional software from Manhattan to identify opportunities to drop, swap and relay loads to stay in compliance and keep its high service levels.

“Service is the foundation of who we are and what we do. To not deliver on time is not an option,” Gomez said.

By focusing on a single metric called “primarily utilization,” the percentage of recommended driver-load matches that load planners actually use, the company is accomplishing its goals in a number of areas like deadhead mileage, miles per truck and seated truck count.

Overall, John Christner Trucking has come a long way in recovering lost productivity and profitability since it started using electronic logs. The recovery began with deadhead mileage. This decreased by 1.2 percent and more than covered the cost to implement Driver&Load.

Productivity has taken more time to reconstruct. From May 2012 to April, 2014, the company’s total miles increased by 1.8 percent. Drivers have seen this directly in their paychecks. Its seated truck count increased by 8.7 percent in the same time frame.

“We improved our deadhead and recovered some of our total miles, but we realized that we are not going to recover to pre-EOBR levels,” Gomez said.

Another area where the software helps improve retention is to automate driver requests for time off. When a driver requests time off in advance, Driver&Load starts thinking about the most convenient way to route the driver home.

“Previously that was someone else’s problem,” he said. “That doesn’t cross a person’s mind when the event is a week away.”

Gomez will be participating in a panel discussion at the CCJ Summer Symposium on Tuesday, June 24, to discuss the impact of electronic logging devices. The Symposium will be held in San Diego from June 23-25. For more information and to register for the event, CLICK here.

Getting on board with electronic logs 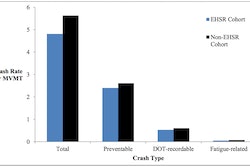 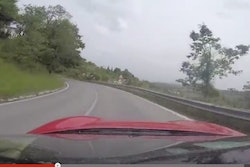 CCJ takes a Ferrari for a test drive in Italy 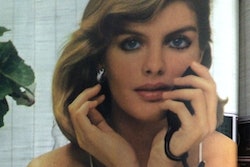