Getting on board with electronic logs

Five years ago, Al Beers “swore to God” that his company would never use electronic logging devices (ELDs). That oath softened when Karr Transportation’s Compliance, Safety, Accountability scores went up and finally broke apart when the company was audited by the DOT.

“This is what we are going to have to do,” he concluded. Karr Transportation implemented ELDs and Beers, president of the 35-truck fleet based in Lavergne, Tenn., saw an immediate impact on CSA scores by virtually eliminating hours-of-service violations.

The days when drivers, dispatchers and shippers could count on the “flexibility” of using paper logbooks (known in some circles as swindle sheets) to mask inefficiencies in the supply chain are long gone. Beers now has a message for drivers that want to keep trucking beyond what the law allows.

“If you go out and kill someone, you’re going to prison for the rest of your life. Your kids are going to be without you. Your wife is going to be with another man raising your kids. And all for what, so you could get a load there on time? It’s not worth it,” he said during a breakout session at the CCJ Spring Symposium in Nashville, Tenn., on May 20.

On the downside, Karr Transportation saw a decrease in revenue from lost productivity. That problem was short lived. Drivers and dispatchers learned how to use the technology to plan more efficient routes and schedules.

“We showed drivers that we can make them more productive,” he said.

Similar stories emerged from fleet executives and managers during the breakout session on ELDs.

One year ago, Lori Rustin from Boyd Bros. Transportation was training drivers for the 750-truck flatbed carrier headquartered in Clayton, Ala. She was offered a new job as safety manager as Boyd Bros. was in the process of implementing ELDs.

With 18 years’ experience in transportation, including time spent behind the wheel as a driver and trainer, Rustin — like most people at the company — knew little about the technology.

“I don’t think I slept 5 minutes,” she said about the day she accepted the job. “What kind of problem is this going to be? How are drivers going to accept this?”

The biggest obstacle was combating drivers’ pre-conceived notion that the technology would make their lives more difficult. To disprove this, Boyd Bros. Transportation started by asking 11 drivers well versed in hours-of-service rules to use ELDs.

The 11 drivers shared their experiences with other drivers. Soon, other drivers came forward to adopt ELDs voluntarily. Boyd Bros. required all of its new driver hires to use ELDs. One year later, approximately half of the fleet is on electronic logs and ahead of schedule to be fully deployed by the time the ELD mandate takes effect, which could be as early as 2016.

For Boyd Bros., the transition to ELDs involved training managers and load planners to use new software that provided live visibility of drivers’ hours, she said. Previously, drivers would supply their hours-of-service status through mobile communications.

The benefits of ELDs, Rustin said, have been tangible improvements in CSA scores, fewer DOT inspections, virtually zero missing logs and a much more efficient way to manage compliance.

Rustin’s presentation and the discussion among fleet executives and managers covered a variety of topics that are important to consider when implementing ELDs, all of which every carrier and driver will soon encounter if they haven’t already.

CLICK HERE to see 7 lessons learned from the wide-ranging discussion on ELDs at the CCJ Spring Symposium: 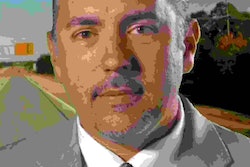 Agency releases rule that would prohibit carriers, others from coercing drivers