Note: This story is part of a larger series on predictive analytics and how fleets can use it. Click here to see the main story.

Focused on retention, Stay Metrics offers a driver rewards program that helps carriers predict which drivers are at risk of leaving. “We already know, across the board, that drivers who don’t engage their employees’ recognition programs are twice as likely to leave,” says Tim Hindes, Stay Metrics CEO. Usually 44 percent of turnover occurs in the first 90 days of employment.

Interviews are done after a week on the job and again at day 45. The first is mostly about recruiting and buy-in to the company culture, Hindes says. The second checks to see if promises made during recruiting have been fulfilled and if the driver is “embedded.” If those surveys show a serious lack of engagement, “those drivers go back to the recruiting department,” says Hindes.

Another survey is done annually, covering driver pay, quality of equipment, dispatcher relationship and other factors. “We can actually show a carrier comparatively how they rank against their peer group,” says Hindes.

A key part of the surveys is the dispatcher relationship, says Tim Judge, a Notre Dame faculty member who works closely with Hindes. “People who are satisfied with their dispatchers are 57 percent less likely to leave than people who are dissatisfied,” Judge says.

As Stay Metrics has gained more customers, it’s been able to aggregate its data so that it can discern differences among carriers by size.

“A fleet of 50 really doesn’t need predictive modeling,” says Hindes. “They’re a family. Where we see it most helpful is where we get to the 100 and up stage.”

One Stay Metrics customer fired two dispatchers after seeing how drivers felt about them. Another fleet was about to increase pay rates, then learned that non-pay issues were affecting driver satisfaction levels more, so those also were addressed, Hindes says.

Another fleet, paying 33 cents a mile plus a 10-cent safety bonus, thought the pay was high enough. When surveys showed the drivers didn’t see it that way, the structure was killed, and base pay was set at 43 cents.

Hindes and Judge hope to use their expanding analytics knowledge more deeply in the recruiting process so that fleets and individuals can avoid wasting time and money. “We want to identify the characteristics and traits of people who seem to be the most suited for the industry long-term,” says Judge.

Having more refined data also can work by identifying what’s unique about certain fleets and then matching like-minded drivers, like a professional eHarmony, Hindes says.

Retention improves for 83 percent of the fleets that have been in the program a year, he says. The average improvement is 15 percent.

Stay Metrics’ program pricing is based on a per-driver subscription.

Retention improved 27 percent with the introduction of Stay Metrics in July 2012, says John Elliott, president of Load One, Stay Metrics’ first customer. Elliott says turnover has fallen to below 40 percent and has held there for months.

Load One is a Taylor, Mich.-based expedited carrier with about 375 trucks, 80 percent of them owner-operators.

Going with Stay Metrics meant not just getting more data from the driver surveys, but also instituting its rewards program. “I was surprised by the direct correlation between involvement in the program and retention,” says Elliott.

Drivers’ preferences also came as a surprise. “Everyone assumes pay is the number one driving factor,” he says. “I think it was number five.” Respect came in No. 1.

Getting driver feedback on not just dispatchers but also maintenance, administration and safety “opened peoples’ eyes a little bit more,” says Elliott. “When drivers saw they were not always the only ones under the microscope, that it was a two-way street, it increased the level of awareness and respect.”

The rewards program “is not based on taking one more load, to coerce him to do something he didn’t want to do,” he says. “We tailored it to ‘Here’s the thing you’re supposed to be doing, and if you do it to standard, we want to reward you for it.’”

Practices such as turning in maintenance reports on time, keeping accurate logs and reaching six-month anniversary dates produce points that can be redeemed for items like electronics or jewelry.

Identifying and reaching out to dissatisfied drivers is effective, Elliott says, because “so many times, until the question is asked, the driver doesn’t say anything.”

A new driver might forget what was said during orientation about applying for paid layover, then get upset when the layover pay doesn’t come.

“We put so much information out during orientation, we’d love to assume when they graduate that they’re fully acclimated, ready to go,” says Elliott. “Realistically, it’s a 90-day period for that to really happen.”

Fleet One addressed that problem by putting a retiring driver into a part-time position to help with the post-orientation transition. 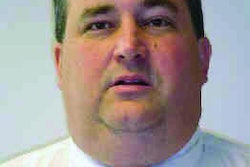