Jobs in the for-hire trucking industry slipped by 800 in August on a seasonally adjusted basis, according to the monthly employment report released Sep. 5 by the Department of Labor’s Bureau of Labor Statistics.

And the August decline is on top of the slight downward revision of trucking jobs reported in July: BLS cut that number by 300.

The U.S. economy as a whole in August added 142,00 non-farm jobs, BLS reports, but the national unemployment rate was little changed at 6.1 percent. Still, this summer’s unemployment number has hovered in a range lower than the economy has seen since September 2008. 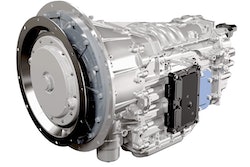