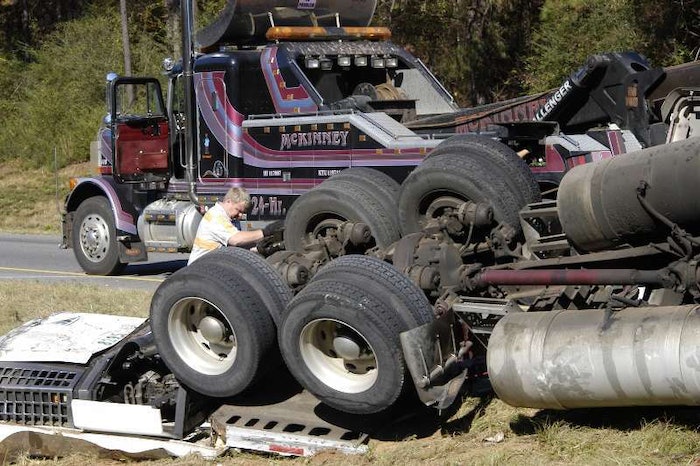 Industry concerns over regulators’ seemingly quick work to produce a rule to raise the minimum amount of liability insurance trucking companies must have could be much ado about nothing, says the American Trucking Associations’ chief of advocacy, Dave Osiecki.

The “rule proposal” — the proceedings of which have been reported on CCJ since April — that cleared the White House this week isn’t even a rule, Osiecki says, but is a “pre-rule.”

It will be published as an Advanced Notice of Proposed Rulemaking and will solely be a set of questions for trucking companies and other industry stakeholders. The ANPRM is part of the Federal Motor Carrier Safety Administration’s data gathering process for the potential rulemaking, Osiecki says.

The ANPRM likely will be published in the coming weeks, but it will not have a number nor any language that will change federal regulations, he says.

“[ATA] talked to the head of the regulatory office over at FMCSA several weeks ago and we clarified that” the ANPRM will not have a number, Osiecki said in an exclusive interview with CCJ. “It’s really just intended to gather information.”

FMCSA released a report in April concluding that an increase to the current $750,000 was necessary, saying that the number would be closer to $2 million if it were indexed to inflation.

The agency seemed to be making quick work of a rule to raise it, by expediting the ANPRM. Anxiety over a quick rule change, however, should be tamped down, Osiecki says.

In fact, a proposed change — or a rule to up the limit — may never come, factoring in typical regulatory slowdowns before presidential elections and depending on the information FMCSA collects with the ANPRM.

“I strongly suspect that this is a rule that will get delayed and perhaps never even see the light of day,” Osiecki says. Generally about a year before presidential elections, the White House slows down regulatory changes, Osiecki says, no matter which party is in control.

That anticipated slowdown is about a year out. The insurance increase rule could fall prey to that slowdown, Osiecki says, delaying it further. “We don’t know that. We will have to wait and see,” Osiecki says. “But we’re a long way from a proposed change.”

Osiecki says ATA’s analysis, along with even FMCSA’s April-issued report, show that just one-tenth of one percent of all crashes involving trucks exceed the current minimum. Until data reflects a need for a change, ATA supports maintaining the current limit, Osiecki says.

The Owner-Operator Independent Drivers Association likewise does not support an increase. 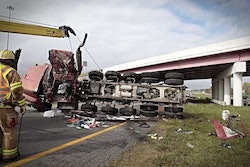