Companies spend millions of dollars annually on driver training, but some of the industry’s best technicians wish fleets would throw a few more pennies toward understanding maintenance.

Technology has advanced to the point that today’s truck driver is in some ways like an airline pilot, and more responsibility than ever sits in the driver’s seat.

Jonathon Monus of Rush Truck Center in Tyler, Texas, says he would like to see more fleets request basic training on the complexities of today’s trucks when they buy new units. Monus says that basic understanding of new and changing technologies would go a long way in keeping trucks out of the shop for longer periods of time.

“(If ) the maintenance department at a facility has no idea how to do maintenance on a natural gas engine, in 5,000 miles they have to bring it to us,” he says. “We look at it and it’s non-warranty because they actually messed up on their maintenance. They don’t drain their filter properly, so it just tears up their air/gas intake on the engine side,” he adds. “We’ve got a $5,000 bill that could have been avoided if they only took a little time to put on a training seminar.”

Josh Overman of Rush Truck Center in Indianapolis agrees, adding fleets should request all available training from either their dealer or the OE themselves.

“It’s a training issue,” he says. “The manufacturer needs to have a representative that goes there and gives them a little insight on the little things. Just to get them more familiar with the systems of the truck.”

Monus and Overton are two of 150 Rush diesel techs competing in the company’s annual Tech Rodeo in San Antonio this week.

Often, Overman says, a basic service call could have been avoided with just a few minutes of training.

“We’ll have a customer bring a truck in with no idle heat and A/C (inoperable fault code) and it’s just as simple as the truck lost battery voltage and needs reset,” he says. “It’s just little things like that could make things a lot easier on them and us.”

“Idling their trucks,” Roth says of a common practice that needs to be eliminated. “You can’t do that too much any more. You don’t want to idle these new engines.” 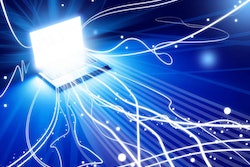 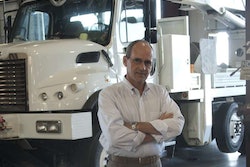