Mexican motor carriers will soon be able to apply for authority to operate in the U.S. beyond the commercial border zone, the Federal Motor Carrier Safety Administration announced Jan. 9. The move brings the U.S. into more complete compliance with the requirements of the North American Free Trade Agreement, the Department of Transportation says.

The agency’s move comes less than three months after the end of a three-year cross-border pilot program with Mexico, which was implemented in 2011 to gather data on operational safety of Mexican carriers participating in the program and to test the feasibility of opening the border to Mexican trucking companies.

Despite a recent Inspector General report claiming the lack of participants in the pilot program — FMCSA had said it would need 46 participant carriers to accurately gauge safety data — made the data invalid, the 15 carriers who participated in the program had no higher rate of safety violations than U.S. carriers and drivers. In fact, their numbers were slightly better.

All Mexican carriers who apply for operating authority with the DOT will be required to pass a Pre-Authorization Safety Audit to ensure they properly manage hours-of-service compliance and adhere to U.S. drug testing laws, FMCSA says.

Drivers will be required to have a U.S. CDL or a Mexican Licencia Federal de Conductor. Drivers must also meet English language proficiency requirements.

FMCSA says the vehicles of carriers admitted to the program will be required to undergo standard Level 1 inspections every 90 days for at least four years.

The DOT says the policy will end roughly $2 billion in tariffs imposed on U.S. goods by Mexico as a retaliatory measure for the U.S. not meeting its NAFTA obligations.

The tariffs have been in place since 2001, when a NAFTA panel determined the U.S. was not complying with cross-border trucking provisions of NAFTA.

FMCSA also released a report Jan. 9 about its findings from the cross-border pilot program. Check back next week for more on the report. 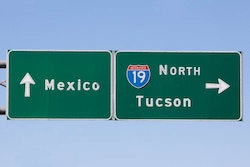 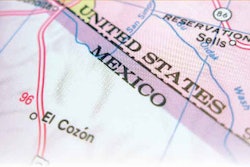