While FMCSA concluded it did not have the authority to grant such a wide exemption (a claim AIPBA disputes), the agency also went on to note that exempting brokers and forwarders from the bond requirement would, “most critically,”the agency wrote, not be “in the public interest” and thus outside the bounds of appropriate action.

In essence, FMCSA agreed with arguments in commentary against the exemption put forward by the Owner-Operator Independent Drivers Association, the Transportation Intermediaries Association and others. “Granting an exemption to all brokers and freight forwarders would flout a clear and recent congressional directive and statement of the public interest,” the agency noted.

OOIDA’s commentary on the exemption application argued in favor of the status quo on the $75,000 bond on grounds not only of its need to discourage fraudulent middlemen from operating in the freight marketplace but of the benefits it provides to the efficiency of the freight marketplace. “Part of the efficiency of the current transportation marketplace is that brokers match motor carriers available to haul freight and shippers needing to move freight,” OOIDA wrote in its comments of the “parties who do not have an ongoing relationship, but who might make mutually beneficial connections on a load-by-load basis. This efficiency in the marketplace is increased greatly when motor carriers feel comfortable taking loads from brokers who they do [not] know.”

James Lamb, president of the AIPBA business league, noted his fight against the broker bond’s rise, from $10,000 to $75,000 with the MAP-21 highway bill in 2012, would duly continue. “We have faith in the judicial system and are confident that justice will ultimately be served,” he noted in a statement responding to the denial.

Two federal court proceedings challenging the bond, he explained, would now move forward, “albeit very slowly, through the federal courts.” 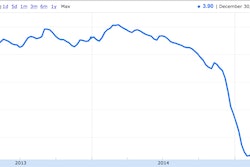