A new study by a libertarian think tank/foundation advances the idea of what it calls “truck-friendly tolls” to pay for repairing and expanding the nation’s aging interstate highway system, but a leading trucking organization says the concept discriminates against truckers and calls tolls inefficient.

The Reason Foundation, which has strong libertarian leanings and is based in Los Angeles, says in its report, Truck-Friendly Tolls for 21st Century Interstates that much of our system of highways needs replacing – not just repairing – and claims a projected 40 percent increase in truck traffic will require some expansion. That would cost almost $1 trillion, according to the report authored by Reason founder Robert W. Poole, Jr.

To pay for these major projects, Poole’s report says, “…most states could finance the replacement and selective widening of their long-distance Interstates with tolls of 3.5 cents/mile for cars and other light vehicles and 14 cents/mile for large trucks, as long as those toll rates were indexed for inflation.”

That would be made possible, according to the report, with expanded use of electronic toll systems such as Bestpass and Prepass Plus. Tolls would apply to all users – trucks and cars alike – driving on all interstates.

The American trucking Associations, however, disagrees with the Reason Foundation report at every turn.

“The Reason Foundation’s ‘study’ demonstrates a continued misunderstanding of the trucking industry and intentionally overlooks real issues with tolling,” says a statement from ATA.

Representing 37,000-members, the association said tolling is less efficient than the current fuel tax-based user fee system and calls it “… a way to single out and discriminate against truck traffic.”

Tolls also lead to crash risk and cause congestion when traffic diverts to secondary roads, according to the ATA.

The association said it believes the best way to finance infrastructure improvements is through fuel taxes. 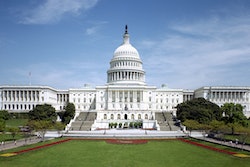 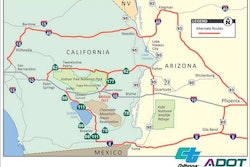 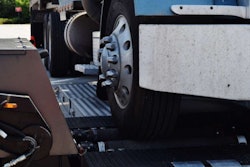