After discussions on smart wallpaper, buying goods by blinking and driverless trucks that self-diagnose and repair while on the road, the final panel at this year’s CV Outlook returned to the reality of today.

The future of the commercial vehicle performance and safety will be determined not only by speed of technology, but also acceptance and adoption of the people tasked to use it.

Autonomous trucks might be the future, but what happens if the trucking industry can’t find drivers to fill in the time in between?

What happens when the bells and whistles of technology transition from a feature to a bug?

“It’s great that we have all of this technology but when does it become a distraction? At one point do we start mitigating some of the gains” because it inconveniences drivers, Elliott asks.

Elliott and Laux note another major issue is matching the right drivers up with the right technology. Laux says young drivers can be enticed with technology but can lack the experience to jump in a new truck and safety manage it. Conversely, Elliott says when you give new technology to veteran drivers they’ll give you the best assessment of how it works — though they probably were the drivers with the lowest need for it in the first place.

Technology that stagnates a driver’s responsibilities also could become an issue. Until full autonomy is reached someone needs to behind — or at least near — the wheel. Elliott doesn’t think drivers will be enticed to work as placeholders.

“We still need that person behind the wheel, but they are human beings,” he says. “We don’t want them just sitting there.”

Roberts says he’s had conversations with futurists who say there could be a point in the future where drivers perform a second job while sitting behind the wheel. But until then, “that guy will go crazy in there with nothing to do.”

And Laux says you need drivers in the cab in the meantime. Young generations don’t “want to wait 15 years to do something important.”

Another big issue the panel addressed is the future of choice. Whether through government mandates or competitive necessity, Roberts says the wait-and-see approach to implementing new technology (whether for performance, efficiency or safety) no longer exists.

“We’re in an era of regulation,” he says, and for politicians looking for an easy way to appease voters, trucking is an easy target.

“If you don’t know anything about a truck, it’s easy” to view them as loud, dirty, fuel-guzzling machines, he says. And from there, more regulation is even easier.

“Any safety system you can dream of … I bet in time it will become mandatory.”

But even with these issues, the future of trucking remains strong.

“The growing global economy will rely on logistics,” Roberts says. “There is going to be a lot of freight that is going to be moved. The question is do you want that business?” 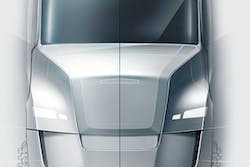 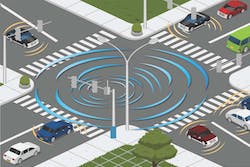 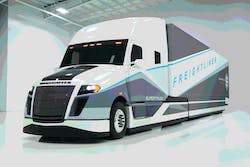 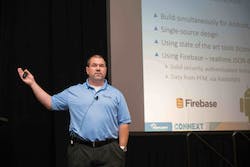 PeopleNet takes its new ‘ConnectedFleet’ platform to the Cloud