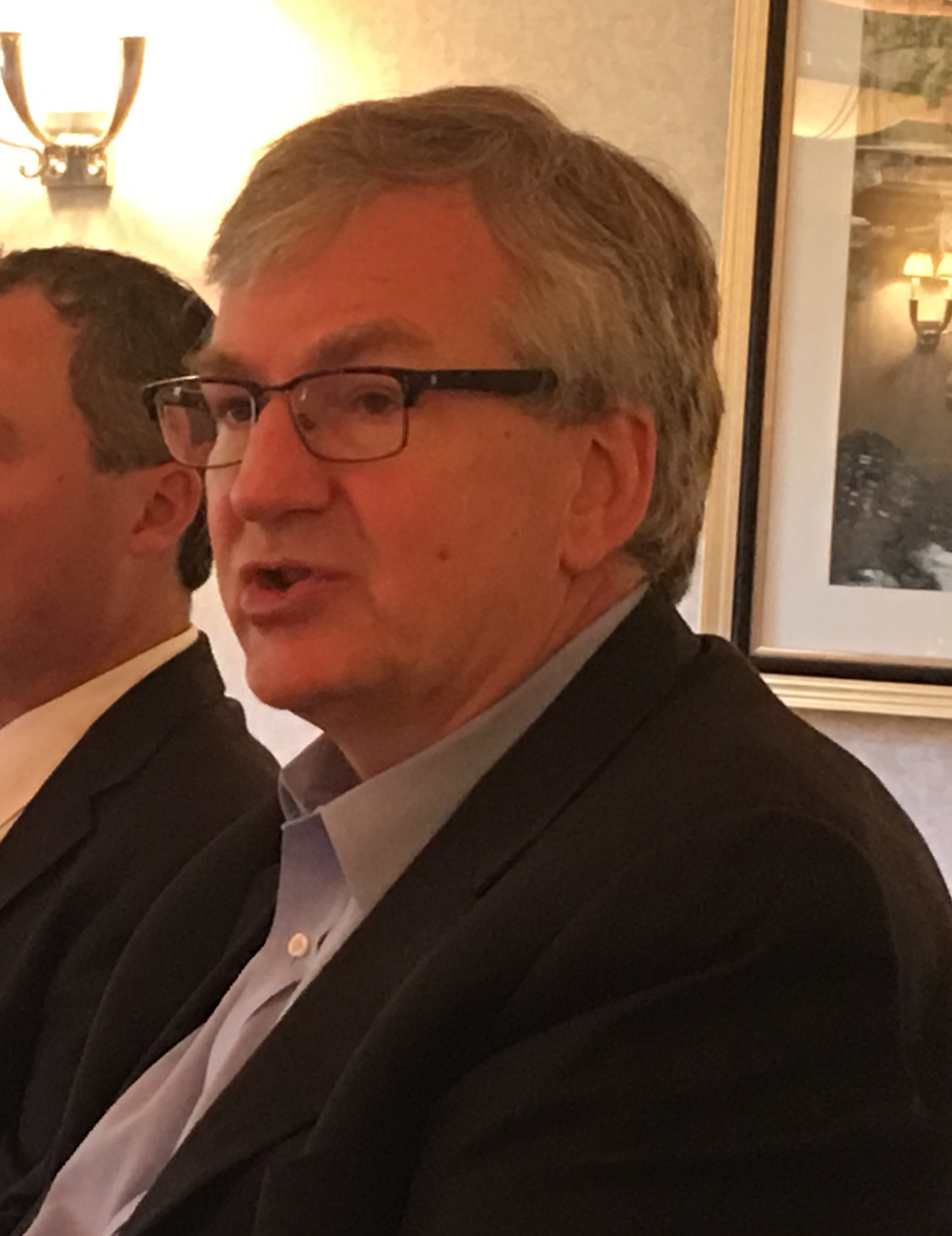 Daum also warned that industry-wide truck order intake numbers for the Q4 2015 will be sharply lower Q4 2014, the industry shouldn’t read too much into that as an indicator of the overall health of the truck OEM market as the year ends.

“When the industry comes out with October and November order intake, it will be significantly lower than last year,” said Daum. “But Q4 2014 was not normal. We had an absolutely monster October, and it triggered a monster November and December. The industry had a backlog of more than 100,000 units. People had to wait a half-year due to backlog.”

Penetration rates for DTNA’s heavy duty engine platform for both Freightliner and Western Star brands in the U.S. and Canadian markets year-to-date through August are 86 percent, with front axles and rear axles at 74 percent and 50 percent respectively. Penetration for the DT12 automated manual transmission is 22 percent overall, but has reached 41 percent on the Freightliner Cascadia.

“The future is definitely integration and it will continue to go on,” said Daum, hinting that DTNA will complete the vehicle integration puzzle in 2016 by adding to its proprietary engine, transmission and axle offerings.

Daum said DTNA has invested $547 million in research and development for vehicle and powertrain development in 2015 and is budgeting $563 million in 2016 as it continues to expand on its SuperTruck and Freightliner Inspiration efforts from this year. The company is expected to introduce an update to the Freightliner Cascadia Evolution in 2016.

Aside from increasing marketshare, Daum said DTNA will focus in 2016 on improving customer service and experience through its dealer networks, . “We need investments in technicians and bays on the dealer side because that is the name of the game in the future,” said Daum. “If you want to survive in the trucking word, you have to have service.”

“We appreciate the agencies to really understand the issues,” said Daum. “They reached out to the industry to really learn and we had good discussions. There are still some challenges in the proposed rule, not with the general direction but more in the details.

“We can’t achieve GHG Phase II yet, but we have confidence that we will find a solution,” said Daum. “But [the rule] will cost the industry billions of dollars to get there. We’ll save 1.8 billion gallons of fuel over 10 years, but we currently waste 2.2 billion gallons of fuel annually due to traffic congestion. Getting our infrastructure right is more than overdue, meanwhile talk about a highway bill never stops.”

“Don’t touch NOx,” said Daum. “It won’t benefit our customers, it will just make trucks more expensive and would be very short-sighted. Get the congestion issue solved and you won’t have a NOx problem.”