Cargo thieves in the United States and Canada stole more than $22.5 million in cargo in the third quarter 2015, according to CargoNet’s preliminary quarterly report.

That number is down from the $25 million recorded in the second quarter and the $45.8 million in cargo stolen during 2014’s third quarter.

CargoNet recorded 213 total cargo theft incidents in the quarter, which is down 23 percent when compared to the same period last year but up 2 percent from the second quarter 2015.

Notable trends from CargoNet include a 60 percent drop in thefts at truck stops from the third quarter 2014, but thefts when vehicles were parked along the side of a road increased 144 percent. CargoNet advises carriers to avoid leaving trucks along the roadside, especially in Florida and California where roadside thefts were highest.

Despite fewer cargo thefts overall, food and beverage thefts increased by 20 percent, with 31 percent of cargo thefts reported in the quarter involved food and beverage products. Thefts of appliances were down 74 percent, and thefts of electronics dropped 45 percent in the quarter. CargoNet said the drop in electronics thefts is abnormal because it’s usually an item that’s easy to sell for a high value. 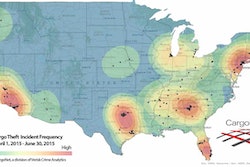 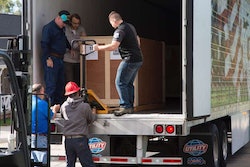 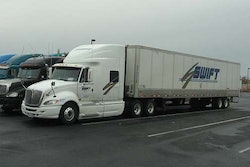