Near the end of 2009, Doug Schrier was on a work assignment in New York City. As a consultant, he had three weeks to prepare a nuclear power plant for a reactor shutdown.

The shutdown process normally took 14 days to complete, but he planned to compress the schedule to 10 days, saving the client tens of millions. In the middle of the project, the chief executive of his firm called with a different assignment: “I need you to go figure out trucking.”

“Trucking, right. That’s got to be easy,” Schrier remembers thinking. “All you are doing is moving freight from point A to B.”

The firm had a client, Covenant Transportation Group (CTG) in Chattanooga, Tenn. Its consultants were struggling and the project was failing.

“At Covenant,” he said, “I quickly found out what transportation is really about.”

Schrier gave a presentation during the CCJ Spring Symposium on Tues. May 17, about how CTG has been transformed by creating a culture of excellence.

The problem he encountered when he began working at Covenant was “the amount of data that we had within the four walls and the lack of use of that data,” he said. People were running the company by their hips, he observed.

“We weren’t really using our data to turn it into actual intelligence, and turning that into profit to the bottom line,” he said.

In August, 2010, he became a full-time employee of CTG and today is vice president of continuous improvement and project management. Schrier leads a team of 33 employees responsible for ongoing improvement projects.

CTG has five subsidiaries which include asset carriers Covenant Transport, Southern Refrigerated Transport, and Star Transportation that operate a combined 2,700 trucks. From 2011 to 2015, the publicly traded company grew revenues from $653 million to $724 million while reducing its operating ratio from 98 percent to 90 percent. Earnings per share increased from – ($0.33) to a positive $1.92 during this time frame.

Schrier then discussed some of the technology projects the company has completed from strategic routing to predictive modeling and a mobile app for drivers. He stressed that the company does not start projects without looking at the process flow and expectation for what is going to be done. Generally, the company will not do a big project unless it can get a 200 percent return on investment, he said. 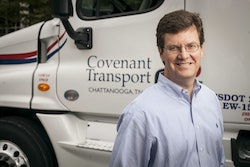 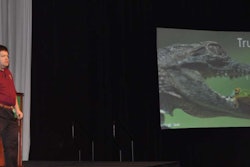 Pollster Frank Luntz: ‘Frustrated and angry’ electorate will choose the next president