The Federal Motor Carrier Safety Administration has issued a shutdown order to Lowell, Mass.-based Flavio Borges Prado, operating as Golden Eagle Delivery, after an investigation stemming from the company not submitting a New Entrant Safety Audit.

During the April investigation, the parking brake failed on one of Prado’s trucks, causing the truck to roll downhill until it hit a residence, injuring the driver and causing significant property damage. A month later, another truck owned by Prado had its brakes fail, causing it to break down in a travel lane.

According to FMCSA, safety inspections were conducted on six of the company’s seven trucks, and out-of-service violations were found in all six trucks. Violations found during the inspections included work, leaking, welded or missing brake, steering and/or suspension components.

FMCSA says Prado was also unable to provide records indicating the company had any kind of maintenance program. The order was issued because of Prado’s “continual and blatant disregard” for safety regulations, including operating vehicles after they were declared out-of-service, according to FMCSA. 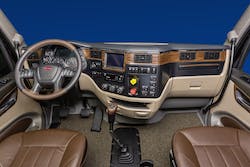 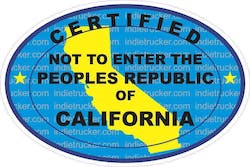