Part of Volkswagen’s more than $15 billion emissions cheating scandal settlement with the U.S. government includes more than $2 billion set aside to encourage owners of older vehicles and equipment to replace engines with newer, cleaner technology.

Through the Diesel Emissions Reduction Act (DERA) program, each state was awarded various millions of dollars to help defray the cost of trading in older diesel trucks for newer cleaner emissions tractors, which Allen Schaeffer, the Executive Director of the Diesel Technology Forum, offer 95 percent fewer emissions of NOx compared to models built before 2010.

“A commercial Class 8 truck manufactured since 2010 typically traveling 125,000 miles per year would save 875 gallons of fuel and reduce NOx emissions by 1.1 metric tons compared to older models,” he adds. “In addition to the proven clean air benefits, the new technology clean diesel engine would save the trucker $2,400 annually (at fuel prices of $2.75 per gallon), and result in 8.9 fewer metric tons of carbon dioxide (CO2) emissions.”

How much did your state get? Click here to find out.

According to a recent study by the Martec Group for the Diesel Technology Forum, from 2011 to 2015, new technology heavy-duty clean diesel engines that power commercial vehicles have removed approximately 7.5 million tons of NOx compared to pre-2010 engines.

As of the end of 2015, about one-quarter of all Class 3 – 8 trucks on the road are the newest generation (2011 model year and newer) clean diesel technology vehicles, according to Diesel Technology Forum analysis based on IHS Automotive 2015 vehicles in operation data, December 2015.

“Accelerating the turnover to the new technology clean diesel engines will achieve substantial NOx reductions,” Schaeffer says. “Significant air quality benefits will accrue to communities across the country if more of these older commercial vehicles are replaced with new or newer diesel engines.”

Volkswagen’s contribution to the Environmental Protection Agency-funded DERA was agreed to, in part, because the company acknowledges that not all of its diesel engines can be fixed to comply with NOx standards. 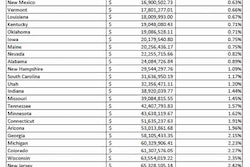 How much did your state get? 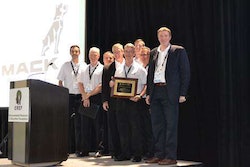 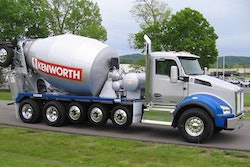