The current sluggish freight environment has eased some of the trucking industry’s angst over the driver shortage, but make no mistake: Existing and future regulations and an aging workforce will bring the topic roaring back to life in the coming months and years.

According to a report issued by the American Trucking Associations late last year, the industry will need to add 890,000 drivers to offset driver retirement and expected industry growth. By 2024, the driver shortage could reach nearly 175,000. That’s a lot of empty seats compared to 2014’s 38,000 shortfall.

Carriers have left no stone unturned in their search for new sources of qualified driver candidates, with military veterans being the latest group pursued by fleet recruiters. But the biggest, yet presently unattainable, demographic that would fill the coming void for interstate carriers is 18 to 21 year olds.

Industry groups including ATA and the Truckload Carriers Association have long advocated for lowering the minimum driving age for commercial motor vehicle operators operating in interstate commerce, but to no avail. But a new pilot program initiated last month by the Federal Motor Carrier Safety Administration could open the door for under-21 drivers, at least in part.

As mandated by the Fixing America’s Surface Transportation Act, the agency has proposed a pilot program using drivers between the ages of 18 and 21 with military driving experience in interstate commerce. The experiment would pit a study group of 200 such drivers against a control group of drivers between the ages of 21 and 26 with “comparable levels of training and experience” to compare safety performance over a three-year period. Participating carriers with younger military drivers would have to submit an equal number of older drivers as part of the control group.

Additional carrier requirements under the pilot program would include use of electronic logging devices for all drivers in the study; appropriate Safety Measurement System status and good safety records; and monitoring and reporting of safety performance for study group members, including traffic violations, crashes and inspection violations, among others. FMCSA also may require onboard monitoring systems to record and report safety-critical events such as lane departures and hard-braking incidents.

Whatever results eventually are generated from FMCSA’s proposed pilot program, you can bet that safety advocacy groups will come out swinging against lowering the legal age for interstate CMV drivers. Undoubtedly, younger passenger car drivers are less safe than more experienced drivers. But that comparison doesn’t necessarily hold up when comparing them to peers who would choose truck driving as a profession and undergo extensive CDL training before embarking on their new careers.

In 1975, the Federal Highway Administration (FMCSA’s predecessor) issued a report stating drivers under the age of 21 “lack the general maturity, skills and judgment necessary in handling commercial motor vehicles.” Clearly, the younger participants with military driving experience in the proposed pilot program will have an uphill battle to overcome decades of this line of thinking, from both a public and regulatory standpoint.

If you’re a proponent of younger drivers, there’s a lot riding on this study. While the number of under-21 military drivers is infinitesimally small compared to the total U.S. workforce between the ages of 18 and 21, if FMCSA’s pilot program generates concrete statistics and demonstrates no discernable difference in the safety performance between the two groups, it could open the door to future driver age studies and, perhaps one day, even lowering the driving age specified in the Federal Motor Carrier Safety Regulations. And that would go a long way to safely solving the driver shortage before it gets out of hand. 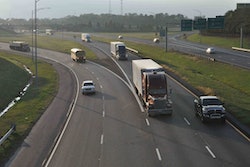