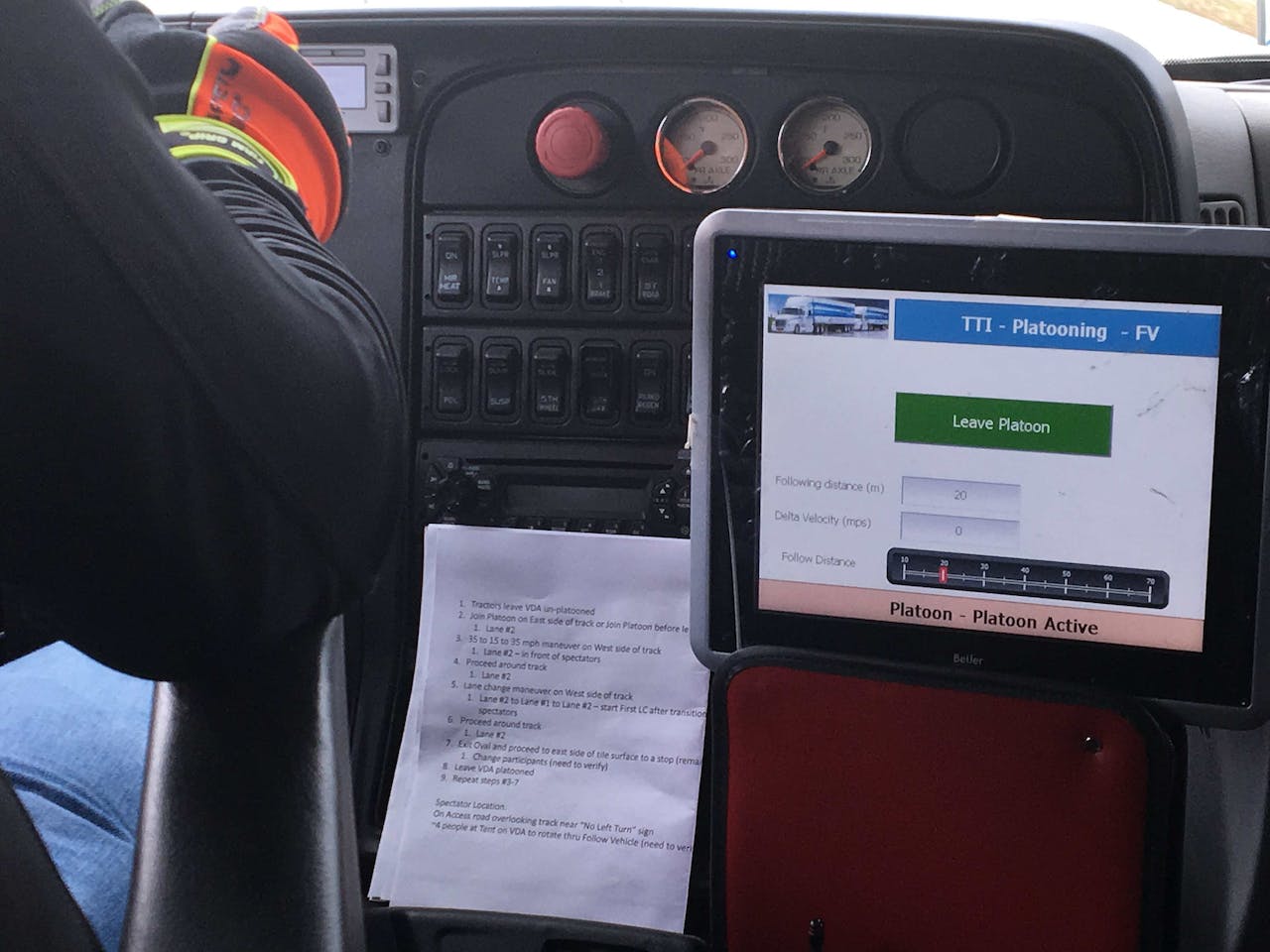 One truck paces another. They change lanes. They both stop.

The technological sophistication involved is impressive but it’s not exactly a spectator sport. That all changed this week along with my perspective. I went from spectator to active platooner.

During a demonstration at Navistar’s New Carlisle, Ind., proving grounds I was able to ride along as two ProStars synched up for a couple semi-autonomous laps around the track.

The demonstration lead rig led the other at a gap of about 20 meters, which the trailing driver could adjust on a sliding scale. Once the lead driver accepted the request to join the platoon, he was in charge of vehicle input, including acceleration, braking and steering. The second truck is controlled by radio frequency signals from the lead tractor.

While the guy in the front is calling all the shots, truck No. 2 isn’t solely at his mercy. The trailing driver can at any time take over control of his truck by hitting any of the pedals or simply leaving the platoon, which severs the radio connection. If he wanted to brake, all he has to do is step on the pedal. The truck would respond as it normally would.

The steering automation, which uses an electric-hydraulic system, is unique to Navistar’s project according to Scott Smay, Navistar’s director of vehicle integration. Many other platooning demos require the trailing driver to steer their own vehicle while the platoon handles speed and braking.

International partnered with Texas A&M to research and test platooning tech beyond radar cameras, vehicle-to-vehicle communication and longitudinal patterns. They are pushing the envelope to also include lateral (lane change) movement.

Smay says interference from GPS satellites is not uncommon at this stage in testing and Salamon adds the ability to tightly encrypt the radio signal is an important hurdle to clear.

Largely considered the gateway to autonomy, platooning’s time is coming and it may already be here. Lane departure warnings, adaptive cruise control, following distance alerts and collision mitigation are each already regulated and widely available.

After a couple laps, the lead truck led us off the track to the staging area, again with our driver doing almost nothing. As truck No. 1 decelerated, we followed suit. As he veered left to exit the track, we followed him.

It’s interesting to watch platooning technology action, even though it can be somewhat un-nerving to ride in a truck that is being led around by someone who is 50-plus feet away. 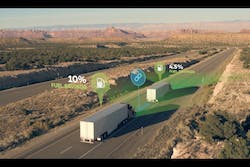 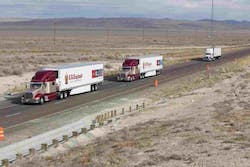