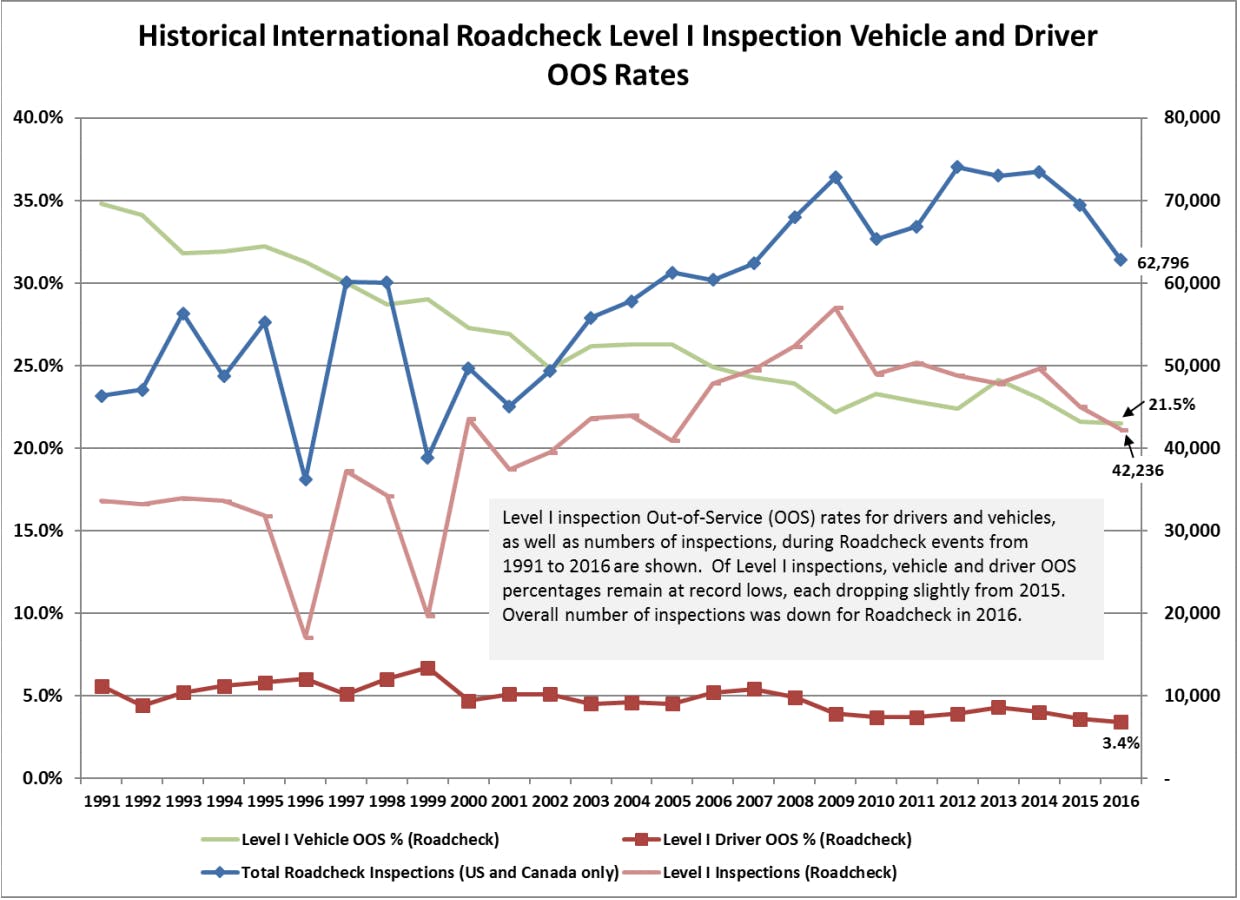 Inspectors during the Commercial Vehicle Safety Alliance’s annual 72-hour International Roadcheck campaign placed 21.5 percent of trucks inspected out of service, along with 3.4 percent of drivers, according to numbers released Oct. 20 by CVSA.

For drivers, hours-of-service and false logs accounted for 46.8 percent and 16.4 percent of out-of-service orders, respectively, for a total of approximately 908 drivers out of the 1,436 total drivers that were placed out-of-service. Drivers shut down for drugs and alcohol were down from 2015’s Roadcheck numbers from 2.1 percent to 1 percent this year.

In 2015, 3.6 percent of drivers and 21.6 percent of vehicles that received Level I inspections were placed out-of-service. 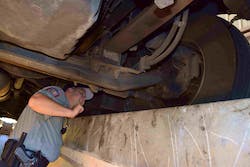