A group representing concrete haulers and their drivers has asked the Federal Motor Carrier Safety Administration for an exemption from the required 30-minute break stipulated by hours of service regulations.

ACPA says many of the trucks operate intrastate and wouldn’t be covered under the exemption, but “an unknown number of the pumping trucks are operated in metropolitan areas and do routinely cross state lines.”

The association says it has several reasons behind the exemption request. First, ACPA says the mandatory 30-minute break increases the risk of dangerous conditions on job sites because it would require the concrete pump on a job site to the shut down. The association says stopping the flow of concrete can allow air to enter the pipes, which could cause hoses to whip around and hit a pump operator.

Another factor, ACPA says, is that the operators only drive approximately between 25 and 32 percent of their shift and average daily driving distances of just 20-25 miles.

Finally, ACPA says that because ready-mixed concrete truck drivers were granted a permanent exemption from keeping logs if operating within a 100-mile radius, its concrete pump operators don’t have time to take a break because of the perishable nature of concrete. The concrete hardens within 90 minutes of the ingredients being mixed, ACPA says.

FMCSA is seeking public comment on the request, which can be made here on or before Nov. 25, or by searching Docket No. FMCSA-2016-0342 at www.regulations.gov. 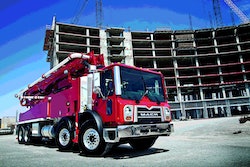 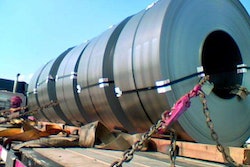 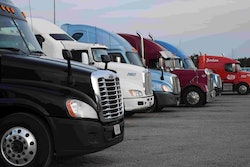