A number of fleets honored their military veteran drivers and employees with events and even pay increases for Veterans Day last week.

Baylor Trucking gave its veteran drivers and office employees a pay boost, and Ryder announced it has hired nearly 5,000 veterans over the last five years to help ease veterans’ transition back to civilian life.

Transport America, a subsidiary of TransForce (No. 7 on the CCJ Top 250), announced it has been approved by the Department of Labor and the Veterans Administration to offer an apprenticeship program to military veterans. The company says veterans in the program will go through specific training for a year to become a driver instructor and ultimately a student driver instructor. The veterans can use the GI Bill to get additional pay for their increased skill level as well.

Additionally, Transport America held an event on Veterans Day in which it gave one of its veteran drivers, Robert Harp, a custom military truck wrap. Harp has been with Transport America since 1998 and has driven more than 2 million miles accident free. He also won the company’s Driver of the Year award in 2015.

Werner Enterprises (No. 11) also held Veterans Day events at several of its terminals, including its Omaha, Neb., headquarters and its Phoenix, Ariz., and Fontana, Calif., terminals. During the events, the company offered free lunch to its veteran employees.

Werner, who also participates in an apprenticeship program for military veterans, says more than 5,000 veterans have enrolled in the program since it began in 2006 and adds that the company has hired more than 25,000 veterans and veteran spouses.

The American Trucking Associations also released a statement thanking military veterans, both in the trucking industry and outside of it.

“In our armed forces, our service men and women routinely display character, commitment and other qualities our members tell us they look for when they are hiring drivers, technicians and other staff,” Spear said. “And now, new rules are in place that allow veterans with driving experience in the service to waive the licensing skills test to obtain a civilian commercial driver’s license and to take CDL tests where they’re stationed, rather than in their home state, all making the process of becoming a driver far simpler.” 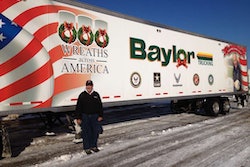 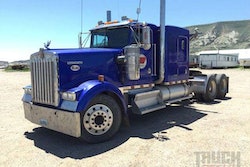 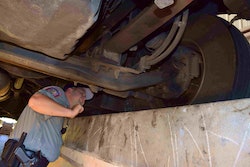