C.R. England (No. 19 in the CCJ Top 250) has been ordered by a federal district court to pay 6,336 drivers a total of $2.35 million for failure to pay drivers minimum wage for all hours worked, including non-driving time, and failure to allow the drivers to take paid rest breaks, as California law requires.

The Salt Lake City-based carrier says it will not comment on the litigation. The settlement was given a stamp of approval by a federal judge this week after the original order was issued Nov. 29.

The case is another setback for carriers attempting to navigate California’s strict labor laws. Several major carriers have been hit with settlement orders in similar cases, in which drivers have alleged they weren’t paid for all hours worked and weren’t allowed paid meal and rest breaks. Most recently, Walmart’s private fleet was ordered to pay 850 truckers $55 million, with most of the settlement stemming from the carrier not paying drivers during their federally mandated 10-hour break.

The lawsuit against C.R. England was originally brought in February in California state court before being transferred to a federal court in Utah.

The settlement breaks down to a net payment of $273 per driver. The remainder of the settlement goes to attorney’s fees and court costs, according to court documents. 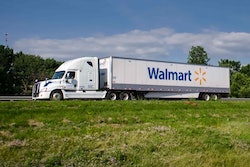 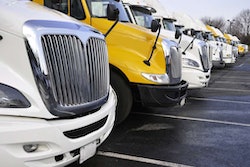 Used trucks values down more than 20% this year