Waitin’ for a Superman

I think a sense of justice is important to most of us. It’s not that we like to see people punished, but I think each of us finds comfort in knowing that evildoers are assured of their comeuppance.

In a world devoid of Batman, Daredevil and their brands of vigilantism, we are left to a group more subjective in its methods of dispensing righteousness than the Avengers – the Department of Justice.

The government agency is currently exacting a pound of flesh from Volkswagen. Six high-ranking employees have been indicted by a grand jury in the company’s emissions cheating scandal, and the company has agreed to pay a $4.3 billion penalty – roughly the MSRP equivalent of 240,290 base model VW Jettas.

That’s a record penalty in the U.S., but by my estimation the VW scandal isn’t even the most dubious of its timeframe.

Volkswagen admitted to circumventing the emissions control system in about 550,000 vehicles sold in the U.S. since 2008.

Those airbag defects have been linked to 11 deaths in this country alone.

If lying to the Environmental Protection Agency (and VW’s U.S. customers) is worth $4.3 billion, a potentially lethal defect in 17 percent of all the vehicles on the road should bring the wrath of Thor’s hammer, right?

It was announced Friday that Takata will be hit with about a $1 billion penalty. Additionally, the company and three former employees were dinged with wire fraud and conspiracy charges related to their efforts in covering up the problems.

Volkswagen’s biggest sin was its attempt to conceal the defect. Washington doesn’t like being lied to and they made sure to send a message to not only the the German automaker, but also suppliers worldwide. But it doesn’t look like Takata’s circumstances are much different to that end.

For Volkswagen, effectively lying to the EPA came with a 75 percent premium versus Takata’s exploding airbag that could send shrapnel flying inside affected vehicles – a recall that is currently 76 times larger than VW’s.

Volkwagen’s fine is the largest in U.S. history, but Takata’s airbags prompted the largest automotive recall in U.S. history. Somehow, from a penalty standpoint, a dirty tailpipe on half a million cars is worse than a hand grenade in almost four-dozen-million steering wheels. 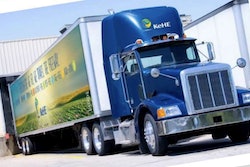