Indicators: Tonnage dipped in December, but signs point to growth 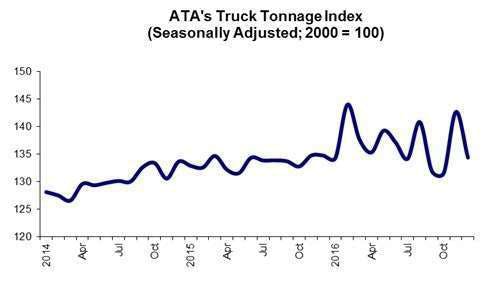 Tonnage down — for now: Truck tonnage fell in December, according to the American Trucking Associations’ monthly report, bucking recent indicators pointing toward positive momentum for truck freight in the month.

Tonnage fell 6.2 percent in November, according to ATA’s For-Hire Truck Tonnage Index. Compared to the same month in 2015, tonnage was also slightly down. For all of 2016, tonnage was up 2.5 percent from 2015, ATA notes. On a positive note, ATA did upwardly revise November’s tonnage gain to a sizeable 8.4 percent.

“The ups and downs that plagued most of 2016 continued in December,” said ATA Chief Economist Bob Costello. “I don’t recall a year in recent memory with so many large swings on a month-to-month basis.”

“Looking ahead, there are some positive signs for truck tonnage. This includes the continued spending by consumers, larger wage gains, and solid home construction,” he said. “Factory output will continue to be soft, but it should be better this year than last year. And most importantly, the supply chain continues to make progress reducing bloated inventories, which will help truck volumes going forward.”

equipment, the economy and more.

Within Class 8, the decline was greatest in tractors, down 27.8 percent, with straight trucks improving 2.9 percent in the 11-month timeframe. 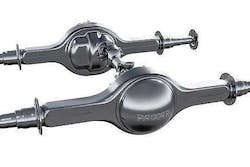 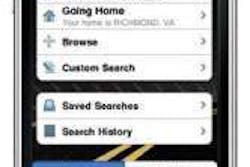 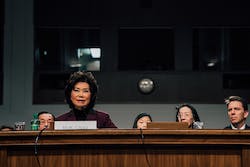 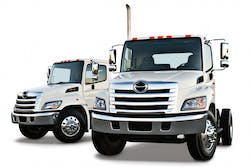