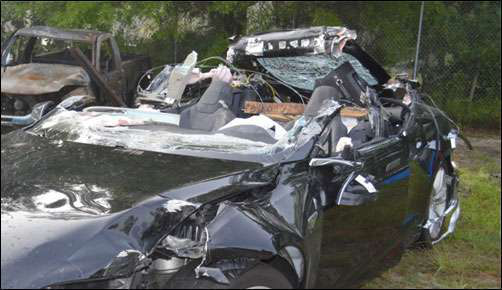 Photo from NTSB’s preliminary report of the Tesla Model S involved in the crash. 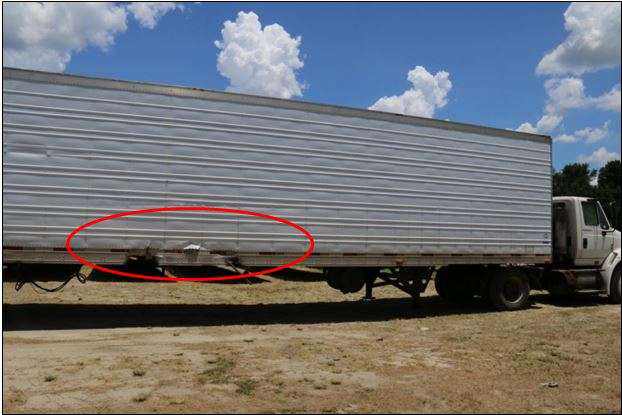 Photo from NTSB’s preliminary report of the Freightliner Cascadia involved in the crash.

A report issued this month by the Department of Transportation regarding the high-profile May 2016 crash involving a Tesla Model S and a tractor-trailer reached the conclusion — again — that the inattention of the Tesla’s driver was to blame for the crash. NHTSA says the car’s operator, who died in the collision, was leaning too heavily on the car’s driver assist systems, which failed to brake when a tractor-trailer crossed the road in front of the car.

The U.S. DOT’s National Highway Traffic Safety Administration released a report on the crash January 19, closing its investigation into the crash. NHTSA performed the investigation to determine whether there was a “safety-related defect” with the Tesla. However, the report’s key conclusion was that the car’s automatic emergency braking isn’t failsafe. Until the technology becomes more advanced, drivers shouldn’t rely on it, NHTSA concludes. Its findings are similar to that of the National Transportation Safety Board, who issued a report in July.

The Tesla at the time of the crash was in so-called Autopilot mode, a basic autonomous system that maintains the car’s lane and speed and features emergency braking assist. However, those features aren’t meant to be used to operate the vehicle — only to assist the driver or attempt to prevent a crash. Tesla said after the crash drivers should maintain awareness and be ready to steer or brake if needed.

The crash occurred May 7 in Williston, Fla., on a four-lane highway. A 2014 Freightliner Cascadia hauling a 53-foot dry van crossed the road in front of the Tesla Model S. The crash could have been prevented had the Tesla braked, NHTSA says. No braking was applied by the car or the driver, the report concludes.

Tesla said in a statement last year the white trailer disappeared into the bright sky behind it, which caused Tesla’s Autopilot sensors to not detect it.

Since, NHTSA notes, Tesla has updated its Autopilot system to take away the functionality if drivers are detected using it improperly.

“The systems have limitations and may not always detect threats or provide warnings or
automatic braking early enough to avoid collisions,” NHTSA’s report says. “Although perhaps not as specific as it could be, Tesla has provided information about system limitations in the owner’s manuals, user interface and associated warnings/alerts, as well as a driver monitoring system that is intended to aid the driver in remaining engaged in the driving task at all times.”

“A safety-related defect trend has not yet been identified at this time and further examination of this issue does not appear to be warranted,” the report concludes. 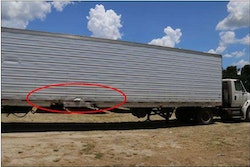