In addition to reporting GPS locations while shipments are in transit, the fully integrated Load Track solution adds instant driver messaging, arrival and departure notifications and near real-time ETA status to the native user interface and workflows of MercuryGate TMS.

More than 400,000 drivers, owner operators and small carriers have already downloaded the Trucker Tools app with the Load Track feature.

When load assignments are made in MercuryGate TMS, the automated shipment tracking process begins up to 24 hours in advance of the pickup appointment to ensure drivers are committed and on schedule. As part of the process, the assigned drivers are provided a text link on their phones to download the Trucker Tools app if they haven’t downloaded it previously.

Load Track continuously updates shipment locations in MercuryGate TMS every five minutes when installed on Android devices and up to 15 minutes with Apple devices through the final delivery.

“Trucker Tools gives the most accurate and time-sensitive tracking that I have seen in the marketplace, and its customer support gives 100 percent to resolve any problems and grow the product,” said John Back, senior logistics manager of Amstan Logistics, a Load Track and MercuryGate TMS user based in Hamilton, Ohio.

During planned stop events, customizable forms in Load Track can prompt drivers to enter BOL#, Weight, Lumper, Reefer Temp and other shipment details. Additionally, drivers can use Load Track to scan proof-of-delivery documents to capture images for fast billing and payment. The images are automatically sent by email and immediately available for download from Load Track’s website.

“We are pleased to support Trucker Tool and its Load Track application. With the product integration of MercuryGate TMS, users will benefit from enhanced visibility, connectivity and functionality,” said Monica B. Wooden, chief executive officer and co-founder of MercuryGate International.

The Load Track product in the MercuryGate TMS can be activated with a simple request to MercuryGate or Trucker Tools. Pricing starts as low as $1.05 per load with high volumes and with no limitations on the number of days or stop events for a load from pickup through final delivery. 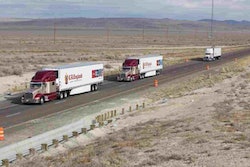 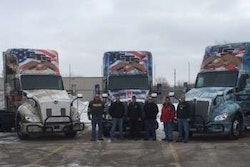 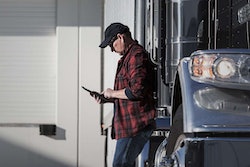