“Built upon our trusted and valued 14X platform that is specified by a large majority of fleets, the new 14X HE is an evolutionary axle that takes efficiency to a whole new level,” says Ken Hogan, vice president, Rear Drivetrain for Meritor. “Based on today’s diesel prices, a fleet with 1,000 trucks equipped with the 14X HE could realize $1 million per year in fuel savings.”

Meritor says the 14X HE targets linehaul customers seeking fuel efficiency and has superfast ratios down to 2.15 for aggressive downspeeding. It also offers an 1,850 lb.-ft. torque rating and 80,000 lb. GCW rating.

“With fuel being the largest operating cost to fleets, the 14X HE rounds out more of our portfolio with a product focused on improved fuel economy to save fleets money and reinforce Meritor’s leadership in axle efficiency,” Hogan says. “Meritor recognizes that fuel prices won’t stay low forever and that customers are always looking for solutions to reduce their operating costs.”

One of the 20 new global products Meritor plans to introduce as past of its M2019 strategic plan, the 14X HE is available now with one OEM, and three more are expected to begin offering the product in the next year. 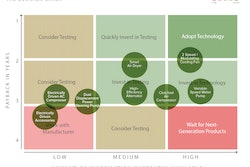 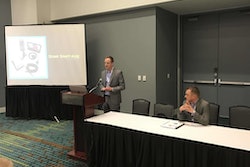 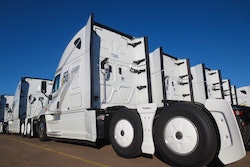 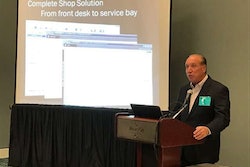