Drivers looking to squeeze more miles per gallon from their trucks packed a conference room at the Kentucky Exposition Center in Louisville Thursday in search of insight from some of the industry’s leading experts.

“Every 1 percent [of fuel efficiency] is about $500, so these things can add up pretty quickly,” he says, noting speed can also be a huge factor in saving fuel.

“I’m not saying you need to drive 45 mph,”adds TJ Tennent, engineering manager for Bridgestone. “I’m saying when you slow down 10 miles an hour [from 75 mph], you’re getting almost an extra mile per gallon. It may take you an hour longer, but you’re saving 15 percent (more fuel).”

Dan Arcy, OEM technical manager for Shell Lubricants, says if all on-highway trucks could pick up an extra 1 percent of fuel economy improvement, it would save more than a million gallons of fuel.

Late last year, a new blend of diesel engine oils hit store shelves with the goal of, among other things, improving fuel economy. Among the improvements made was the ability to lower viscosity grade without a degradation of wear protection.

“Lower viscosity is thinner … so less energy from moving through the engine,” Arcy says. “That’s where fuel economy improvements come from.”

“Used oil data indicates similar wear performance (with CK-4 oils versus higher viscosity CJ-4 oils) with virtually no difference in [wear],” he says. “We always think thicker is better, but that’s one of the reasons we did so much field testing. You can get the same type of wear protection out of a 10-30 as a 15-40.”

Beyond the engine, the tires you spec can have a major impact on efficiency.

Tennent says it’s also important to adjust tire pressures to match the truck’s load and account for a loss of at least 2 PSI per month. 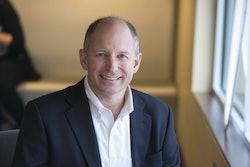 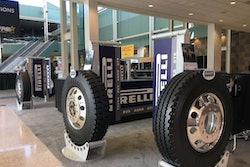 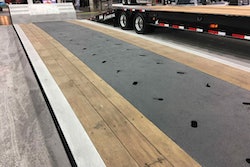