Seven members of the U.S. House of Representatives sent a letter late last month to the Federal Motor Carrier Safety Administration expressing their support for allowing a group of large carriers to begin drug testing drivers exclusively via hair sample — but only after the Department of Health and Human Services produces guidelines for such tests.

A coalition of 13 carriers petitioned FMCSA late last year, asking it to allow them to immediately begin drug testing drivers via hair sample, in lieu of a urine sample, rather than waiting on the Department of Health and Human Services to develop guidelines for hair sample tests, as is specified by the 2015 FAST Act. The April 25 letter from members of Congress asks FMCSA to allow the carriers to skip urine tests in favor of hair sample tests “as soon as HHS issues its guidelines and before FMCSA subsequently completes its rule-making process” regarding hair sample testing.

The FAST Act directs FMCSA to begin accepting hair sample tests to satisfy federal drug testing requirements for truck operators. However, the law says the agency should only do so after HHS publishes guidelines for such testing. The petitioning carriers argue HHS missed a December 2016 statutory deadline set by Congress to publish hair sample testing guidelines, thereby roadblocking carriers who want nix urine tests and perform only hair sample tests.

Most of these carriers already test drivers via hair sample, but they must also still perform urine sample tests to comply with federal standards. The carriers argue the tests are costly and unnecessarily duplicative. 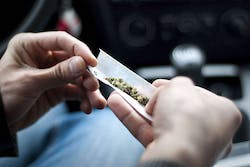 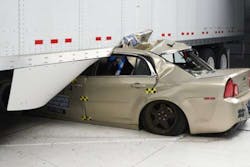