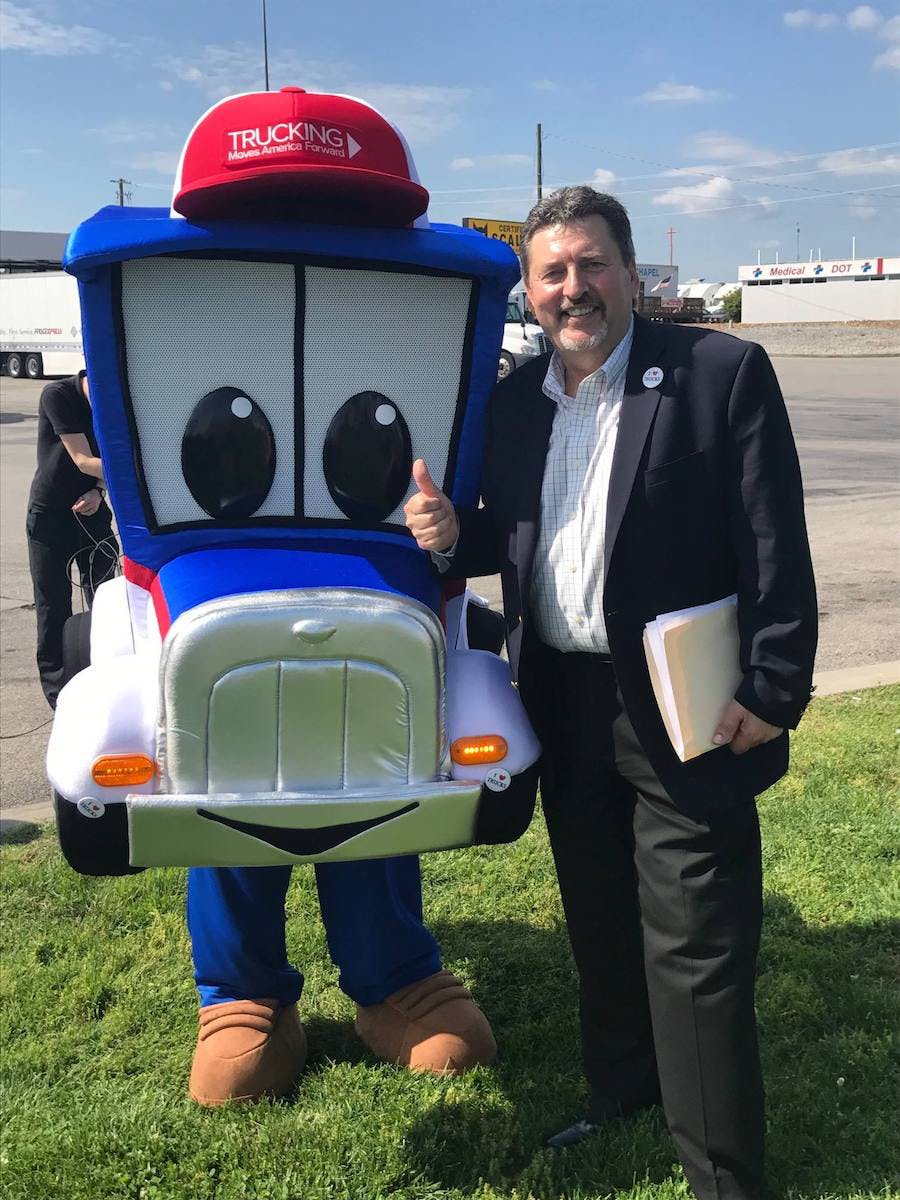 Trucking Moves America Forward Chairman Kevin Burch unveiled the group’s newest member Thursday – an unnamed mascot. The group is asking the industry for name suggestions for a voting contest to be held next month.

Trucking Moves America Forward unveiled in a press conference on Facebook Live on Thursday its newest member – an unnamed mascot.

The industry image group is also asking for the industry’s help in naming the mascot.

Name submissions for the new mascot can be submitted via email to mascot @ truckingmovesamerica.com. Submissions will be accepted for about a month TMAF says, and a voting contest will be held afterward to determine the mascot’s ultimate name.

TMAF Chairman Kevin Burch said in the press conference he got the idea for a mascot when he attended the National Truck Driving Championships in Indianapolis, where there was a large duck mascot that garnered the attention of children and families. “I thought, ‘Trucking Moves America Forward needs a mascot,’” he said. “We need to get an attention grabber.”

Elisabeth Barna, TMAF executive committee member, said the mascot will tour the country “to tell the story of the trucking industry.” 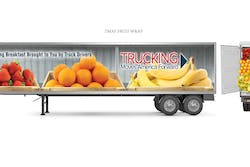 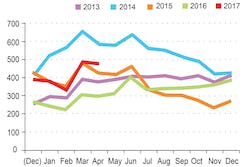 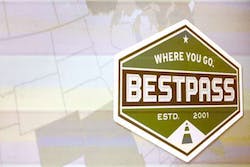 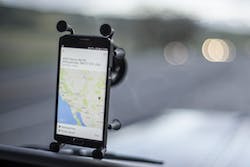