Through the three-tiered system, TCA says carriers have the flexibility to choose how much time and resources to dedicate to the program. The program uses TCA’s inGauge performance benchmarking platform to give fleets insights. The costs of each tier vary based on fleet size and more.

The first tier, called “Digital Composite Lite,” requires the least amount of time and resources from carriers. By inputting a small amount of information into inGauge, carriers will receive a limited snapshot of data points from other carriers in the same segment of the industry to compare themselves to. This plan costs $100 per month.

The next tier, called “FastStart,” gives carriers full access to the inGauge platform. Fleets can input their full revenue, expense and operational data, and the program will create an action plan to becoming more profitable. Instead of the snapshot that the first tier provides, carriers using this tier will get a full digital composite for their segment of the industry. The cost of this tier varies by fleet size, ranging from $220 a month for small carriers with less than 100 trucks, $350 for carriers with 100-499 trucks, and $500 for fleets with 500 or more trucks.

Finally, the third tier includes all of the “FastStart” features, as well as peer-to-peer, bi-annual group meetings. TCA says these sessions are useful because fleet executives can come together to share ideas to learn from each other’s business successes. This tier’s costs depend on how many members are in a fleet’s peer group.

“The TPP is going to be the catalyst for truckload carriers who seek to be the very best,” said TCA President John Lyboldt. “The trucking industry is constantly changing, so the more certainty that carriers can maintain during times of major change, the easier it is for them not only to get through these times unscathed, but to remain highly profitable.”

More information on the TPP can be found here. 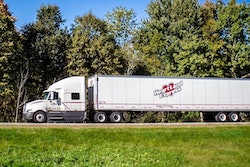