The trucking industry accounted for nearly 80 percent of the United States’ freight revenue in 2016, a slight decrease from 2015’s numbers, according to a report released by the American Trucking Associations this week.

The group’s annual Trucking Trends report for 2017 notes the industry took in $676.2 billion in revenue, accounting for 79.8 percent of the U.S.’ freight revenue. To generate this revenue, trucks had to move 10.42 billion tons of freight, or 70.6 percent of all domestic freight tonnage, the report says.

These numbers are down from the record-setting numbers the industry generated in 2015, when trucking brought in $726.4 billion in freight revenue, accounting for 81.5 percent of the nation’s freight revenue that year.

The industry also paid $41.3 billion in state and federal highway user taxes, with the average five-axle truck paying more than $5,600 in taxes annually. This is an increase from the $39.9 billion the industry paid in taxes in 2015. These numbers only account for highway user taxes, including registration fees, tire taxes and fuel taxes, and don’t include other taxes trucking companies are required to pay.

In addition, the report states trucks drove 450.4 billion miles in 2016, burning 38.8 billion gallons of diesel fuel. There were 33.8 million trucks registered for business purposes in the year, including 3.68 million Class 8 trucks.

The trucking industry was also a large source of employment in 2016, employing 7.4 million Americans in trucking-related jobs, including 3.5 million as truck drivers. Six percent of truckers are women, and 38.7 percent are minorities.

ATA’s annual report is available for purchase here, and includes a bevy of other data and information, including a truck revenue forecast for for-hire and private carriers, safety numbers and more. 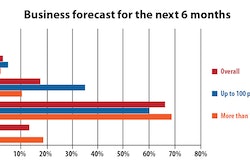 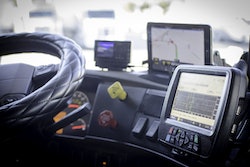